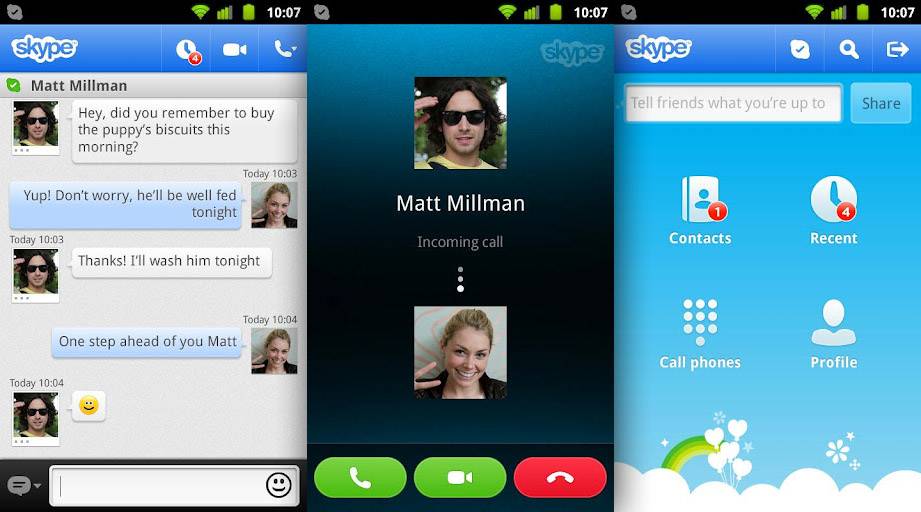 Despite a wide array of would-be usurpers like Google Plus Hangouts, Skype remains the most popular voice over IP and video chat client around. They’ve had a pretty good track record of Android support, and the latest of their regular updates brings performance improvements and a more streamlined UI across the board. You can download Skype from the Google Play Store now.

The most striking change in the new app is its improved start-up time. I tried it out myself, and while I didn’t have a stopwatch handy, it’s a definite improvement at about five seconds from tapping the icon to reaching the log-in screen. The instant message client built around Skype’s network has gotten a visual overhaul, bringing it more in line with the current desktop program.

But perhaps the most useful addition is that the auto-rotation feature for video now works with more phones. Skype didn’t enumerate which phones were added (and which were still unsupported) but it’s nice to know nonetheless. Reviews of the new version seem mixed, with most of the complaints coming in about the new chat interface. Some are reporting issues with low-quality video recording, a problem that should be fixed in the next update.