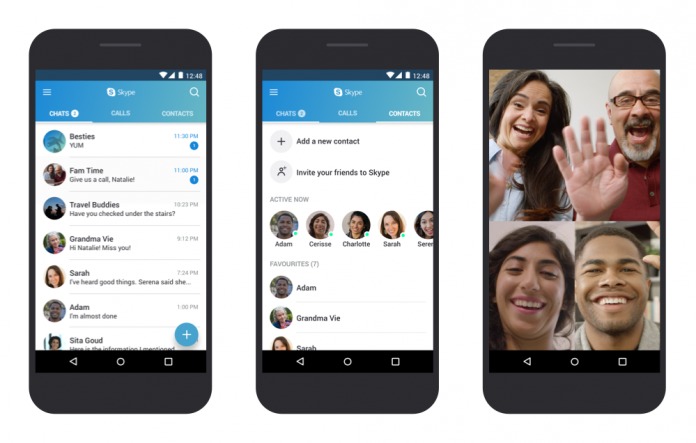 When our favorite apps release updates, we always look forward to what new features and improvements they are bringing. But sometimes, there isn’t really anything major for everyone in general, but they are of course still needed and will benefit users in the long run even if they don’t sound that exciting. Skype is releasing an optimized Android app for their insiders first program (and eventually everyone else) while SwiftKey has good news for Japanese users who write in Hiragana and adds support for 9 more languages.

If you’re part of the Skype Insider Program, you’ll be the first to experience the optimized version of the app for Android devices. What this basically means is that the app will be lighter in terms of space and memory consumption so you will get a faster app, better audio and video quality for your calls, and better performance even under “challenging network conditions”. They also need feedback from users who will be getting it first so as to better improve the app.

If you’re using SwiftKey as your virtual keyboard and you speak or read Japanese, then you’ll be happy to know that the update now brings support for the Hiragana layout. It also adds 9 more languages to its roster: Afar, Banjarese, Fulani, Gayo, Guarani, Madurese, Minangkabau, Nias, and Bengkulu. It has also fixed some issues, like the words that were previously jumbled when typing on Chrome and the long press pop up box should now work properly.

Those who are part of the Skype Insider Program should get the optimized Android version already while the rest of the world will get it gradually in the next few weeks. As for the SwiftKey update, you can now update your app through the Google Play Store for these newest additions.