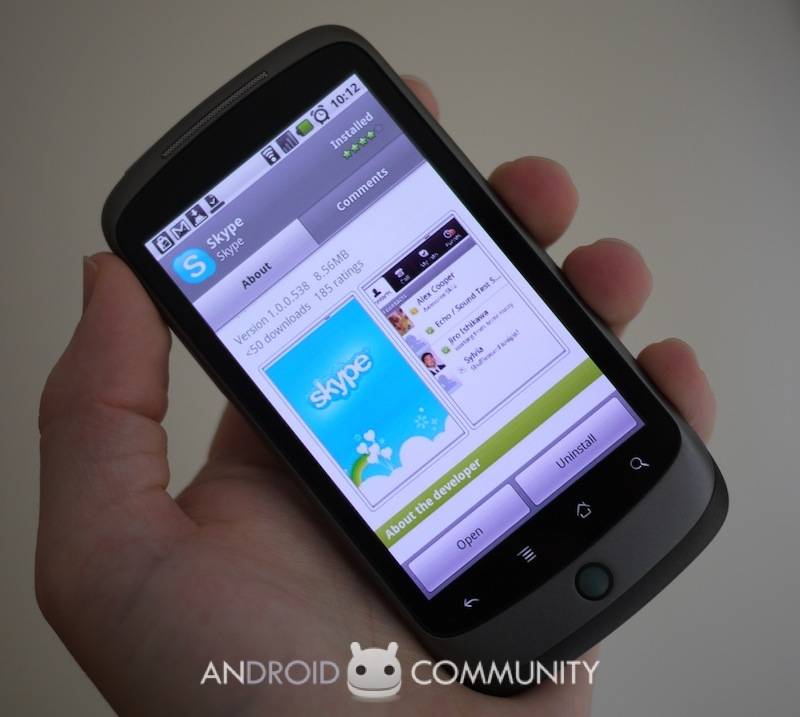 Skype has dropped into the Android Market, offering free Skype to Skype calls over GPRS/EDGE/3G or WiFi.  The app – which had previously been a Verizon exclusive – also allows users to make international calls at Skype’s reduced rates, together with holding instant messaging conversations.

Unfortunately it’s not perfect quite yet; Skype says there are some handsets, such as the Samsung Galaxy S, which are not currently supported. It’s a 8.56MB download available free through the Android Market.

Update: Skype has released the video you can find below, but also confirmed that Skype for Android will only work over WiFi in the US and requires an Android 2.1 device or higher. 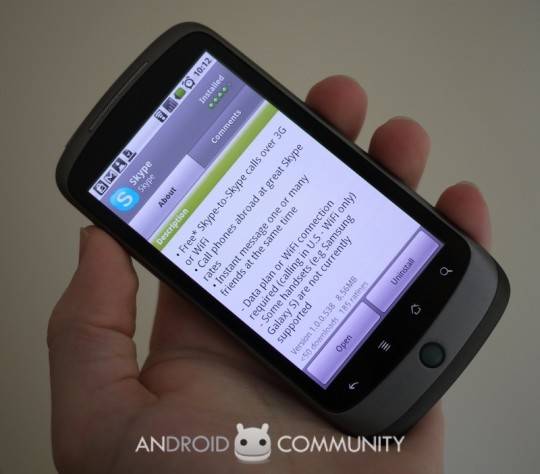 LUXEMBOURG, 5 October 2010 — Skype today announced the release of Skype for Android™, a client for mobile handsets, built for smartphones running Android OS version 2.1 or above. With this latest release, the majority of smart phone users globally will now be able to experience the benefits of Skype on the move using either a WiFi or mobile data connection (GPRS, EDGE, 3G). Skype for Android is downloadable for free from the Android Market or consumers can visit www.skype.com/m to find out more details about how to get the application.

Skype for Android enables users to:

Make free Skype-to-Skype calls over WiFi or mobile data connection (GPRS, EDGE, 3G)* to other Skype users anywhere in the world using Skype’s SILK codec for CD-like audio quality.
Make low rate Skype calls to landline or mobile phones
Send and receive instant messages to one or a group of friends on Skype
Synchronize contacts between Skype and the native address book and after synchronization place Skype calls directly from the native address book.
See when Skype contacts are online and available to call or chat
Easily import names and numbers to the Skype application from the native address book
Receive calls on their Skype online number
Mark Douglas, Product Manager of Android said: “The Skype experience is ubiquitous today. More and more people are using Skype to do things together when apart. With the addition of Android, we are pleased that Skype is now available on three of the most popular mobile platforms today: Android, iOS and Symbian”