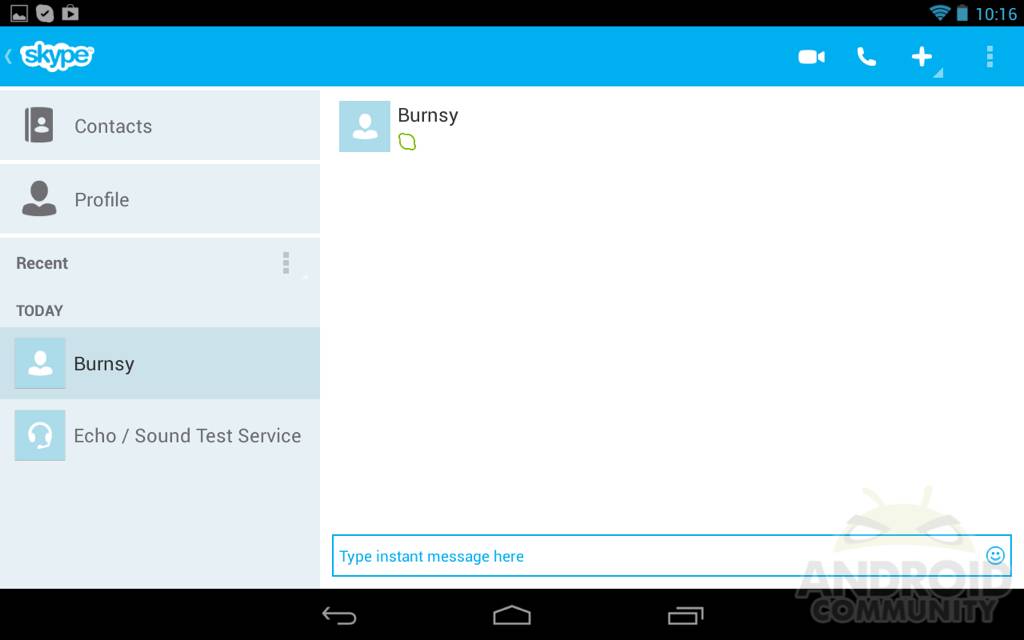 Today Skype version 3.0 for Android tablets has arrived. The folks from Skype, now owned by Microsoft, have issued a rather large update to the service bringing tons of new features and enhanced Android tablet support. Until now Skype on tablets wasn’t too pleasing, but now they’ll fully be supporting that 7 and 10-inch real estate, as well as enhanced the user interface. Read on for more details.

For the most part Skype has focused this update effort almost all on Android tablets, which is a good thing, but they’ve also fixed some bugs and brought forth some serious audio improvements for all devices. They’re calling this SILK (enhanced audio) and have released a neat little video below to give you a better idea of what to expect from SILK and the new Skype.

Skype for Android now scales to all tablet sizes, although the Nexus 7 is stuck in Landscape which won’t work too well with that top mounted “portrait only” camera. Overall the new user interface looks beautiful and is easy to work with on tablets. They’ve also introduced an option to sign in and merge your Skype account with your Microsoft account — since they bought Skype — for those interesting in that feature.

The new SILK audio codec should improve audio across the board, the bug fixes should improve video quality and overall responsiveness, and now you can enjoy Skype on those larger Android screens. Sadly we shouldn’t have needed to wait this long but now that it’s here, might as well give it a try. Get the all new Skype v3.0 today in the Google Play Store.