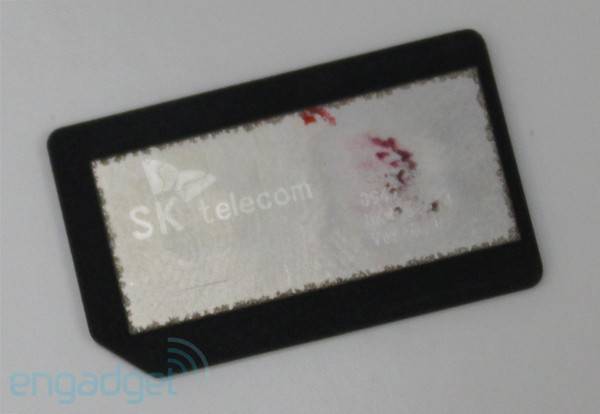 This MWC brought a lot of new an exciting prototypes. SK Telecom’s discussed plans to take SIM cards to a whole new level. The two card’s are called Android SIM and the SIM Theme Package.

Let’s get right to what interests us the most, the Android SIM. The Android SIM has a built in CPU with the Android OS, applications, user data, and 1GB of storage into the card pictured above. This means you can essentially plop this card into a device that doesn’t even have a CPU and have on-board storage via the SIM and have the ability to run Android in all its glory. If this technology come to fruition it could mean drastic price drops in handsets due to the fact that it can pretty much just be a shell and you can have multiple shells with all of your information ready to go at all time. Head over to Engadget for a video demo and more pictures.