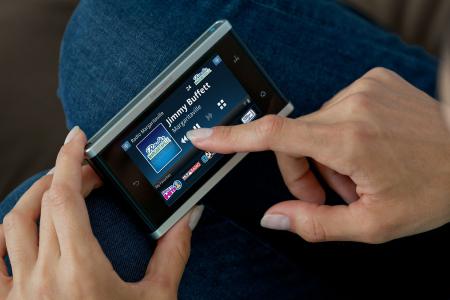 SiriusXM is great to have when you’re in the mood to listening to some music but sick of the same playlists you’ve got lined up in your library. But why not do it in style with their new portable media player, the Lynx? It runs Android OS, and is bound to have some exclusive applications included that are absent in their previous devices. It can stream music as a normal in-car satellite radio, or connect wirelessly to stream through a Bluetooth connection – though, beware of a lack in audio quality. And it’s also nice to see SiriusXM included a 3.5mm headphone input; for such a tiny, portable device, it can be used practically anywhere at any time.

A really cool feature of the Lynx is its ability to store up to 200 hours of XM audio straight to the device. Once downloaded, users can stream whenever they want – even without a satellite connection. The Lynx may also connect to the internet through WiFi, so storing the music you want will be quick and painless.

I’m not much of a satellite radio fan myself, but the Lynx could very well change my perspective. However, in the future it’s hard to tell whether or not gadgets like these will do well. Most automobiles manufactured in recent years have satellite radio as a built in feature, so devices like the Lynx may be less appealing. But if you absolutely hate constructing your own playlist or hearing the same thing twice – this could be your dream machine.