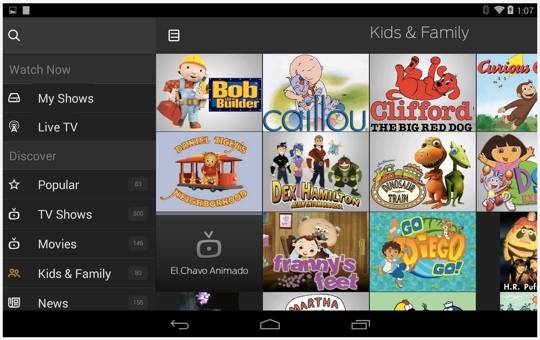 The Simple.TV app has arrived for Android. The app has entered the Play Store as version 1.0.0 and with support for a wide variety of devices. Specifically, for those running Android 2.2 or later. But perhaps more important here — the release of this app gives cord cutters another option when it comes to watching television on a mobile device, which in this case means an Android smartphone or tablet.

For those not familiar with Simple.TV, this is a solution that gives the user over-the-air television in the home using an antenna. Those using Simple.TV also have a network connected DVR available, and the release of this app means that DVR and as a result, the content on it will be available to watch while out and about.

The Simple.TV app will work with any mobile connection including cellular and WiFi. The overall setup is similar to any provider DVR in that it will let you watch live as well as pause and record. There are also options to record by episode or series.

One difference between Simple and a regular provider DVR though, with this storage is controlled by the user as you will be required to hook up an external drive. Which brings the next point, the Simple.TV app is free, but you will need to get setup with the service before you will be able to use it.

Simple.TV has a few options for hardware and service, and prices vary depending on whether you want a single-tuner or dual-tuner setup. You have the hardware which sells for $149.99 and $199.99 respectively, and options to get a years worth of premium service or step up and become a lifetime member. The full breakdown of pricing can be found on the Simple.TV website.