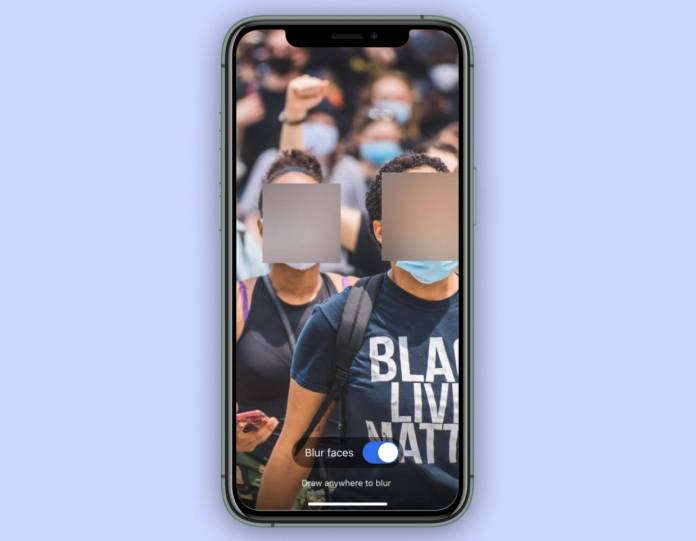 During these times of world-wide protests against racism and police brutality, people are turning to encrypted messaging apps like Signal to communicate with their respective groups and organizations. And now the developers of the app announced their support for those who are going to the streets to be heard. Part of their support is introducing a new tool that you can use in case you want to blur faces in the photos that you send to your other contacts.

The face-blurring tool is not a full-proof way to hide the identities of people in a photo as there will always be ways to identify them, if you make the effort to do so. But it is still a decent tool to use if you want a semblance of anonymity or privacy for the images that you take and send to your other contacts. As Signal says, “2020 is a pretty good year to cover your face”, referring of course to the protests and the pandemic.

After you take a picture on Signal, you can select the Blur option in the toolbar. It will automatically detect the faces in the image and apply blurring. If you’re not satisfied with the blurring, you can manually blur out the faces by hand and even blur out any features you want to hide like tattoos, moles, or any other identifying marks. The processing of the blurring is done on your device so the original photo will not be sent outside of your phone.

Signal is aware that the blur feature may not be enough and so they have another project for real-life “blurring”. They will be distributing “versatile face coverings” to their community. They are still in the process of looking for a manufacturer that will be able to produce a large volume of face coverings. They will announce details as to who will be getting these accessories to “encrypt your face”.

Update your Signal app to the latest version to start using the blur feature. And if you’re not yet on an encrypted app and you’re part of these protest movements, we highly encourage you to get on it.