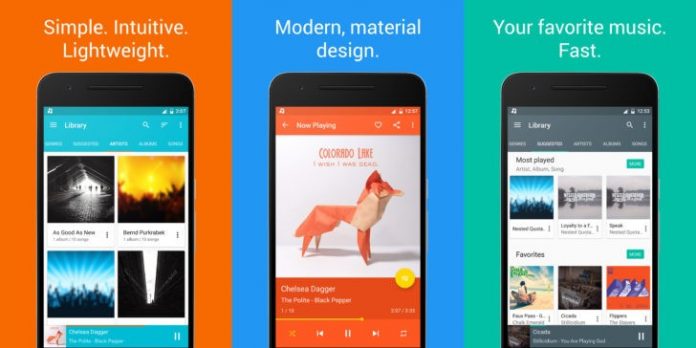 Not everyone is convinced that streaming music through services like Spotify, Pandora, etc is the way to go when consuming our favorite artists, albums, genres. There are still some who hold out on subscribing to any of those and would prefer to listen to their own music files on their mobile devices. If you’re the latter, you know that your phone’s default music player is probably not the best. So if you’re looking for an app, version 2.0 of the Shuttle Music Player is now rolling out.

The changelog for this update is quite long, but we’ll share some highlights. If you like your themes constantly changing, the app now adjusts to your album’s artwork, which is pulled out from last.FM and iTunes. There are tons of changes on the UI, so it actually feels like you have a new app, if you were using it previously. It now has a redesigned details screen, up next now slides from the now playing, landscape mode has been overhauled, album count and song count are now shown, and tons of other changes that should be for the better.

As for the new features, you can now shuffle your albums, share even as the song is now playing, see the remaining time in the display, and tons of other small things that when added together enhances your music listening experience. The paid version also has new things, like tag editing and chromecast support.

You can update your existing Shuttle Music Player or download if you haven’t tried it yet. And if you want to upgrade to the paid version, Shuttle+ is now at 50% off so you just have to pay $0.99.