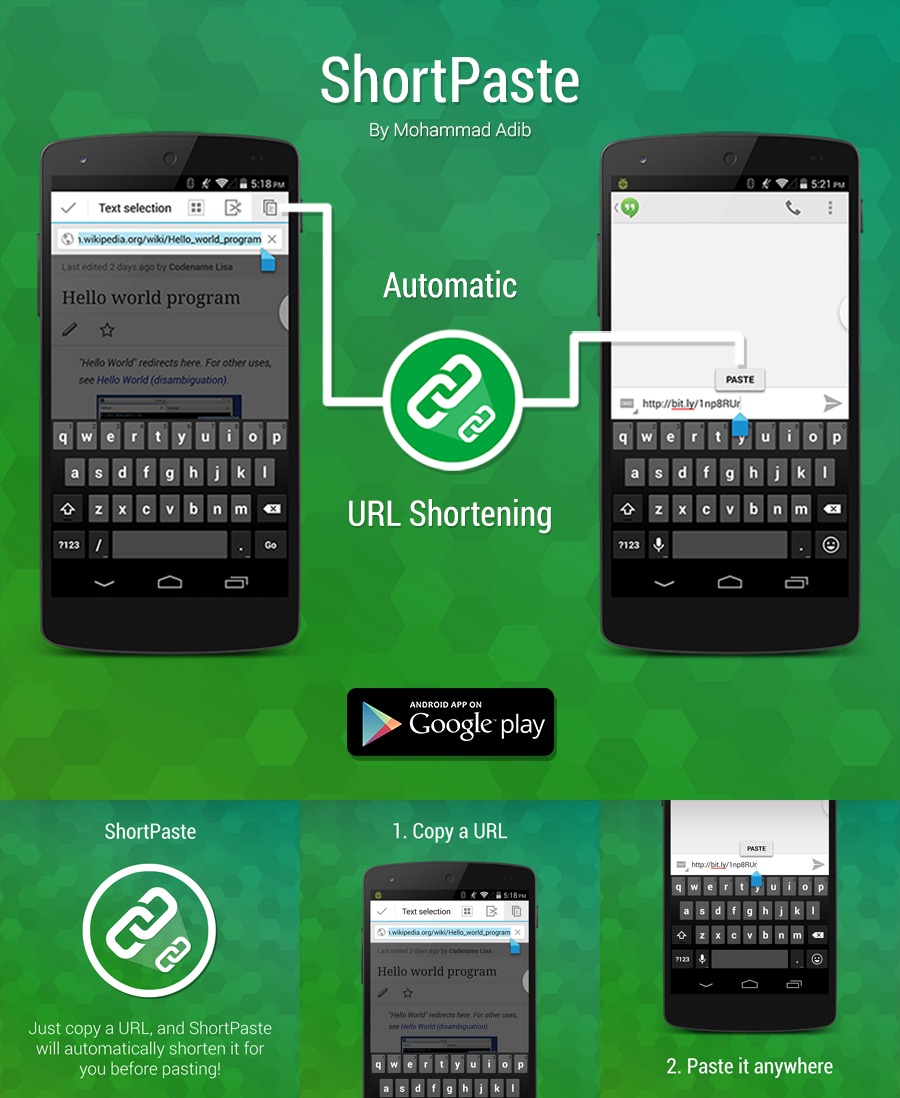 With more and more people browsing and sharing stuff from and on the Internet through mobile, it goes without saying that apps need to make the process of copying URLs and sharing them easier. One of the annoying things that users encounter is that the web addresses tend to be so long, that it occupies too many characters already and visually, it also looks not too pleasing to have many strings and slashes.

The ShortPaste app aims to make URL copying and sharing much easier. When you’re browsing on other apps like Chrome or YouTube or Tumblr, chances are you will come across content that you’d like to share on your social networks. You’re lucky if it already has the social media share buttons, but for those times when it’s not very share-able, then ShortPaste will come in handy.

There is no additional button that you need to press. Just use your Android’s native copy capability. It will then automatically convert your very long url into a shorter one when you paste it anywhere outside of your source. It supports such popular URL desktop shorteners like bit.ly and goo.gl. But as of now, it doesn’t have the customisable option that bit.ly is offering on its desktop version, although it would probably be good to have that someday, particularly for marketers and brand social media managers.

You can download ShortPaste from the Google Play Store. As it is still a relatively new app, you can follow its development over at its XDA page.