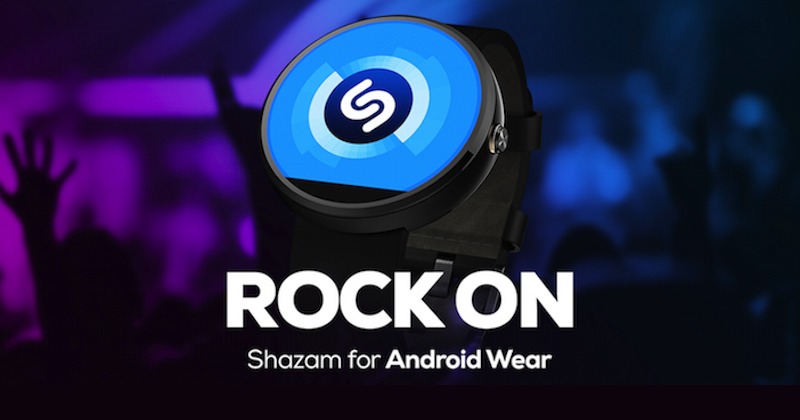 The Shazam app for mobile is usually regularly updated but the last one we featured was already four months ago. But good news to Shazam fans and have their smartwatches as Shazam is now available on Android Wear. This means you can use your latest wearable to play music from your Shazam playlist.

With Shazam on your Android Wear device, you don’t have to bring out your smartphone from your bag or pocket just to play music. You can also see what’s playing with only two taps. Songs are added to My Shazam and to your My Shazam Tracks playlist if you plan on using Spotify or Radio. And for those who like to sing along a song, you can view the lyrics following the music right on your wrist.

You need to update your Shazam app to be able to unlock more interactive experiences, content, and other special offer when you see a QR code or the Shazam logo. You can still personalize your Shazams and view them on Shazam.com if you want. This version is optimized for Android Lollipop so you’ll notice the design looks nicer with some Material Design elements and app is more reliable and faster.