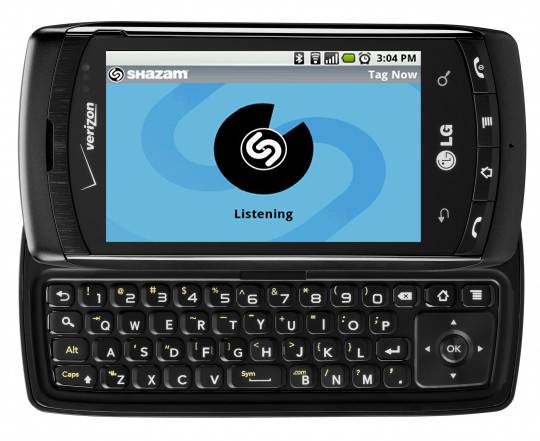 Shazam, the music identification application, and arguably the most accurate and popular among mobile devices, is coming preloaded on future LG phones. The first phone shipping with Shazam will be the LG Optimus GT540, this marks the first of the many after the signed deal between Shazam and LG.

If you are not familiar with Shazam, it allows you to use your phones microphone to take a sampling of a song and then give you the songs information, with links to purchase or post to Twitter and FaceBook. There are some alternatives but so far it looks like Shazam is the most refined and polished.

Unfortunately, only the free version is coming preloaded on the devices so you will still have to pay the $4.70 if you want all of the features that pro version comes with.  Shazam Encore can be downloaded here.