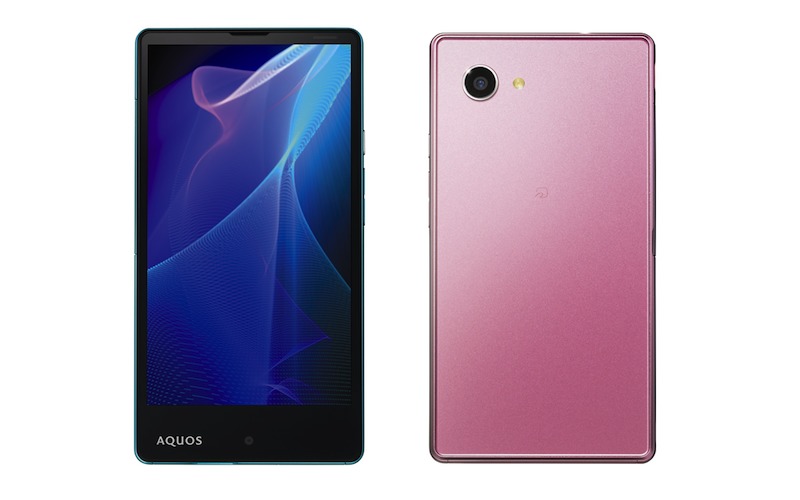 Sharp has two new models in store for us. Softbank is scheduled to release one next month, running Android 5.1 Lollipop out of the box. The latest AQUOS phones–AQUOS Xx2 and AQUOS Xx2 mini–are expected to show off Sharp’s IGZO display technology. The 5.3-inch and 4.7-inch mobile devices will both offer fast processing, longer battery life, and impressive cameras.

The AQUOS Xx2 comes equipped with a 13.1 megapixel camera, hybrid automatic focusing, fingerprint sensor, 32GB built-in storage, Snapdragon 808, 3GB RAM, and WiFi. Phone is said to be dust- and waterproof so it can stand the test of time. This flagship model is available in three color variants: White, Puple, and Black.

There’s also the smaller AQUOS Xx2 mini that features a 4.7-inch display screen. It mostly has the same specs and features as its bigger sibling, AQUOS Xx2, but it’s set to be released much later in January 2016. This device also runs Android 5.1 although we won’t be surprised if Sharp will have the Android 6.0 Marshmallow ready by New Year. Phone also promises faster performance, 1080 × 1920 pixel resolution, and a 13.1MP camera. Unlike the AQUOS Xx2, this one doesn’t have any fingerprint sensor.

One of the main difference between the two is that AQUOS Xx2 has a glass back material while the AQUOS Xx2 mini has an acrylic panel. No word on pricing and exact availability but smartphones will be released by Softbank in Japan.