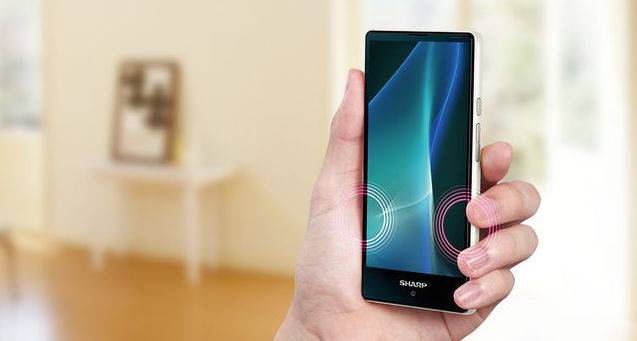 If you want to have a smartphone that almost has no bezels, you’d probably have to move to Japan or at least have someone from Japan ship it to you. That’s because Sharp has released a smaller version of their Aquos Crystal, called the Aquos Mini SH-M03, once again exclusively for Japan only (well at least for now). The original device was released two years ago and its selling point was that it had razor-thin bezels on three sides of the phone.

This time around you get an updated but smaller version, with a 4.7” display and measuring 126 x 66 x 9mm. It uses Sharp’s IGZO display so you get a 1080p resolution and it gets a pretty smooth 60fps because of the refresh rate of 120Hz. It is powered by a Snapdragon 808 processor and has 3GB RAM but only 16GB of internal storage (but expandable through a microSD card of course). Its main shooter is a 13MP camera with a f/1.9 aperture and can shoot video in 720p at 120fps.

But of course the standout feature of this device is that its sides, with the exception of the bottom side of course, is are almost bezel-less. However, since the top side will not be able to house a front-facing camera, it has been relocated to the bottom side, which may be a bit weird at first. It is a 5MP shooter and has an 83-degree lens since the angle from there is a bit unconventional. The phone also has pressure-sensitive sides so you can squeeze it to perform basic actions.

The price and availability of the Aquos Mini SH-M03 hasn’t been released by Sharp yet. And there is also no news yet if it will be released outside of its native Japan.