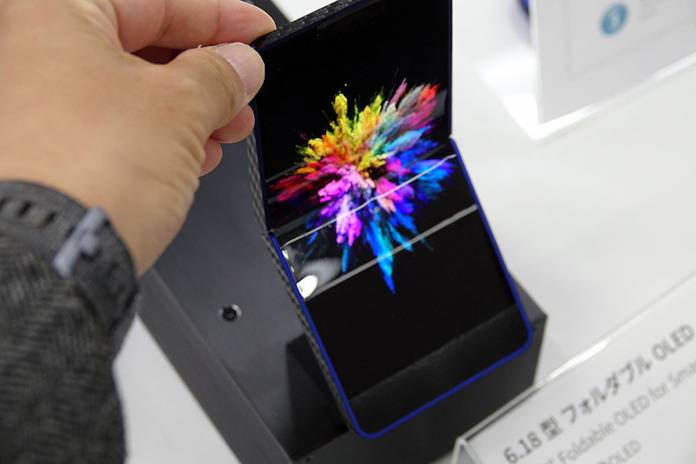 Sharp may not be the most popular phone maker right now but it’s killing it with its display technologies. We all know the Japanese OEM makes some of the best displays in the world for TVs, tablets, and smartphones. We don’t hear much about the company with the last major mention was back in December when the Sharp AQUOS R2 Compact phone with dual notches was announced. Before that, there was the Sharp AQUOS Zero smartphone rolling out with an in-house OLED screen.

Today, we’re learning about a foldable OLED display. Sharp’s latest display is expected to be used on future smartphones. The latest technology is best for upcoming foldable phones since the type of smartphone just started.

The flexible display measures some 6.18-inches with 19:9 aspect ratio, and 1440 x 3040 WQHD+ pixel resolution. The OLED used is the same one used on the AQUOS zero. It features DCI-P3 digital cinema standard.

The flexible display prototype is shown off in the images before. It’s in-fold but we know it can be out-fold as well. Perhaps the direction and orientation will depend on the OEM that will use the technology.

Sharp is still evaluating when and how the display will be used on smartphones, tablets, and even larger products. A max of 30-inches can be produced so imagine the possibilities of a truly flexible display that may be ready for commercialization. We don’t doubt its implementation will happen soon. 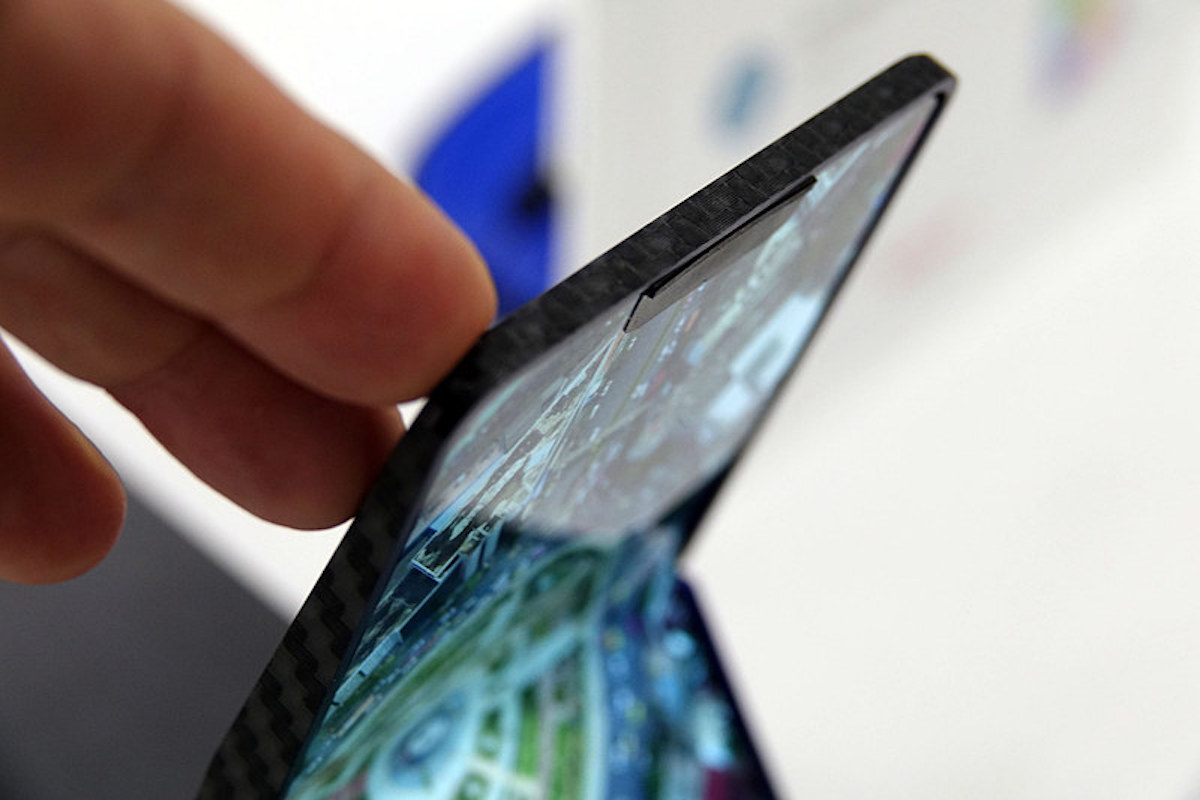 Sharp is said to have done 300,000 bending tests to check the flexible OLED display that uses a plastic substrate. It’s ready for commercial use and can be expected to withstand the test of time. The display seems to be durable even with the multiple fold-unfold actions. Note that what’s demoed here is only a prototype so there may still be issues.