One of the largest Japanese telephone operators AU is teaming up with Sharp to bring two Android MID’s to the market. The two Android devices will be called the JN-DK01 and the IS01. The JN-DK01 is developer’s edition of the Iso1 which can be used to make alterations to the device and the OS.

Although we do not know which version of Android they will run, both will come preinstalled with the OS. The inclusion of Google’s apps is not known either. We do know that two devices will be available in two colors black or light blue. The touch screen is made by Sharp and there is no multi-touch. There is a full QWERTY keyboard. 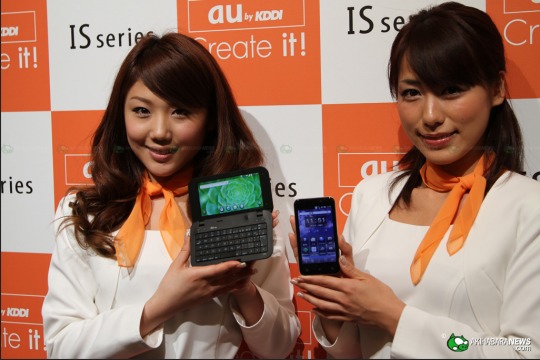 Other specs include:
• 5.27 megapixel camera
• front facing 0.43megapixel camera
• TV tuner
• Wi-Fi b / g
• IRDA support for Blu-Ray support (you will be able to rip your Blu-Ray discs on the IS01 via Aquos Blu-Ray transport)
• Bluetooth
• FM Transmitter
• 4GB of internal memory 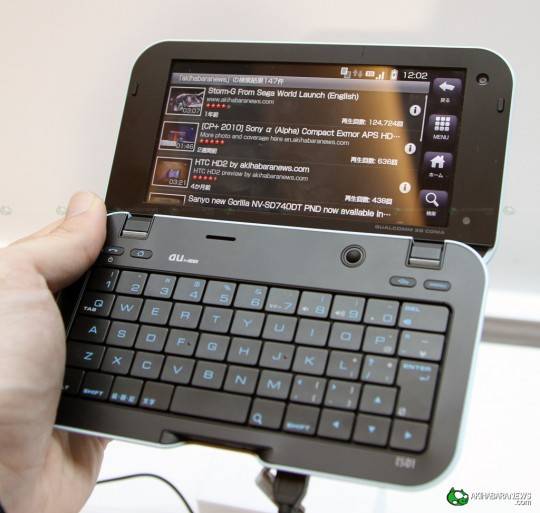