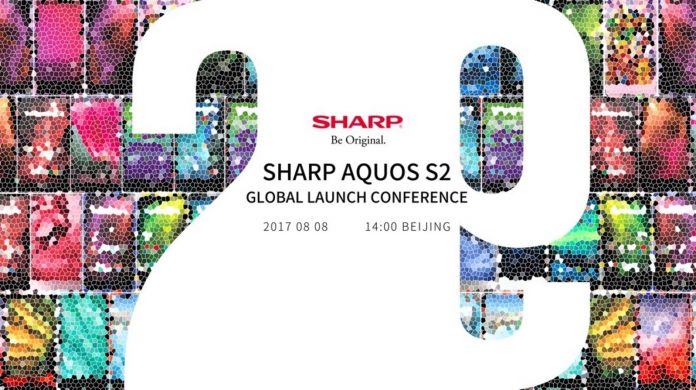 The Chinese market is something that all manufacturers probably aspire to, since it’s one of the biggest in the world. But it’s also pretty competitive as you have all other brands thinking the same. SHARP’s smartphone business has been away from China, but now they are making their return with the SHARP AQUOS S2 which is almost bezel-less with its full screen design. It will be announced on August 8 and then will be available in China by August 14.

What makes this upcoming smartphone different is that it uses FFD technology (Free Form Display) to give you better front camera and audio experience. What it does is dig small holes in the screen for the front camera and receiver so that it can give you a more enhanced quality for “selfies” and also better audio quality. But wheat’s more important is that its 5.5-inch display screen has an 84.95% screen-to-body ratio, making it almost truly bezel-less.

While 100% bezel less screen is the ultimate goal for a lot of OEMs, there are currently still several obstacles towards achieving that. You still have the front-facing camera, the receiver, and the front fingerprint identification to contend with. But SHARP claims that their AQUOS S2 is the largest full screen smartphone in the market right now.

This also marks the return of SHARP to the Chinese smartphone market. Their selling point is of course that hug screen, so let’s see if Chinese smartphone users consider this aspect important. The launch event happens in Beijing on August 8 and a week later, it will be available in the market already.