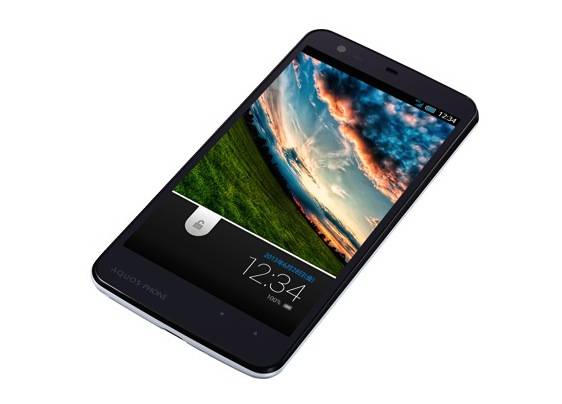 Sharp promises that the battery on the phone is good for two days of use. The smartphone will be coming to Japanese carrier SoftBank this summer. Other than the massive battery, the five-inch screen uses Silicon TFT LCD technology. The battery has 3080 mAh of internal power.

To get the most battery life out of the device, users do have to activate Sharp’s special Eco-Tech settings. The settings apparently involve throttling the 1.7 GHz Snapdragon S4 Pro quad core processor. It’s unclear exactly how much the throttling of the CPU will affect performance.

The five-inch screen has a pixel density of 443 ppi. It naturally supports touch interaction and sounds to me like an all-around good performer. The smartphone will be available in white, black, or blue colors. The phone is expected to hit its Japanese carrier in late June and will have a 13.1-megapixel camera on the back, support for live streaming TV, LTE, and the Android 4.2 operating system. The phone is also said to be waterproof.