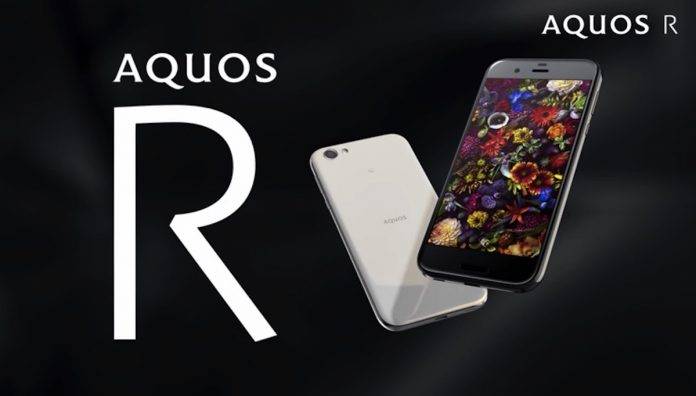 We are not really fans of Sharp mobile devices but we know the Aquos phones are good. Maybe not as great as those from other OEMs but good enough if you’re looking for a basic or secondary smartphone. Interestingly, this newest model from the Japanese company is attractive because of the high specs like a 4GB RAM and the latest Qualcomm Snapdragon 835 chipset.

Sharp has just unveiled the Aquos R. This it the most recent Aquos phone we’ve seen after the Aquos XX3 Mini was launched October last year. The new Aquos device comes equipped with a 5.3-inch QHD IGZO display, HDR 10 capability, and a 3160 mAh battery. When it comes to imaging, it still has no dual-camera system but there’s a 22.6MP rear camera ( f/1.9 aperture, 90-degree and wide-angle lens), 16MP selfie cam, and OIS feature.

There’s also a USB-C port so you can use a Quick Charge 3.0 adapter to juice up the phone. This Sharp Android smartphone also features EMOP which is a new AI technology by the company.

Still no word on pricing and availability or even information about the EMOP AI but we’re assuming it will work something like Siri, the Google Assistant, or Bixby.