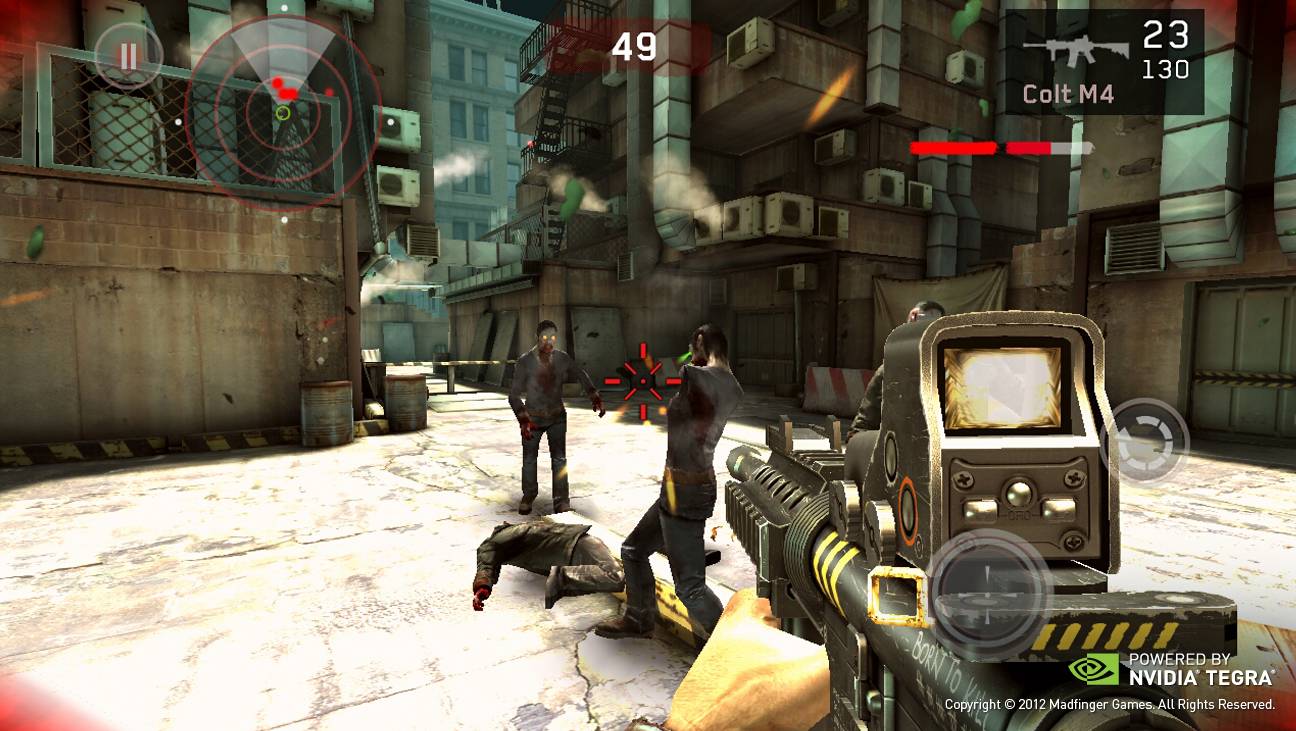 The developers behind what is quite possibly one of the best games for Android, MadFinger Games has just announced their all new first person zombie shooter that will surely be one of the best mobile games this summer. Partnered again with NVIDIA they’ve just announced Dead Trigger THD coming soon to NVIDIA’s Tegra Zone and the Google Play Store. Read on after the break for more details and a quick video.

Unlike recent THD games this will also support other Android devices, but has been improved specifically for Tegra 3 and it sure looks impressive. With the same developers as the popular SHADOWGUN this game will be excellent, I have no doubt. The graphics look improved, the gun sound effects are awesome, and the NVIDIA Tegra 3 brings gaming to another level on mobile. Here’s the basis of Dead Trigger THD.

In the year 2012, the world has collapsed due to a strange infection that turns regular people into zombies, and it’s up to you and your arsenal of weapons to take down the undead masses.

NVIDIA has released a quick teaser video that not only shows off the awesome weapons, enemies, graphics, and levels, but it also shows just how amazing this game looks thanks to the Tegra 3 quad-core processor. Check it out:

News about the all new game Dead Trigger THD by MadFinger Games has just hit the wires so stay tuned for more details, gameplay trailers, and expect it to arrive for Android in late June. You can read more details by heading to the NVIDIA blog linked to below. I can’t wait to get my hands on another epic first person shooter from MadFinger Games. Can you?