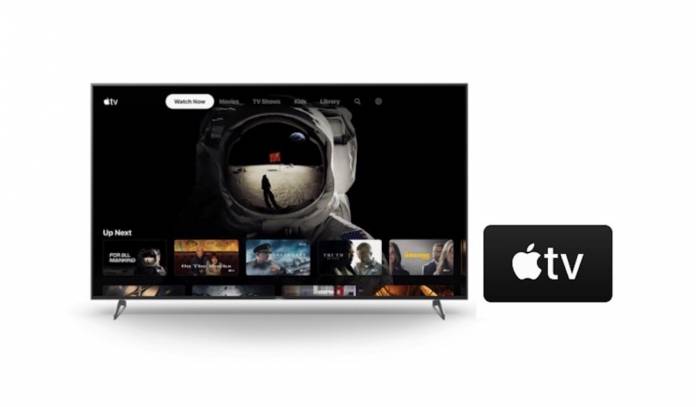 Just the other day, we shared with you that older Sony TVs would receive an Android 9.0 Pie update. Those models released during the second half of 2016 up to 2019 are still eligible for the upgrade. Those older TVs may not get any more updates but for other smart TVs from Sony, it may receive another round of updates that will bring the Apple TV app. No, we are not switching from Android TV to Apple TV. It’s just that Sony decided to also take advantage of Apple’s own smart TV platform.

The change will be available via a special software update. For now, the Sony X900H series released in the United States will get the Apple TV app. With Apple TV, you can enjoy access to Apple TV+, Apple TV channels, and custom recommendations plus new movies.

Most Sony smart TVs run Android TV but things will be different now, at least, for those with Sony X900H series TVs. Apple TV offers some channels and sources not available on Android TV so it’s up to you what shows or content you want.

The Apple TV system requires a paid subscription. For you to access Apple TV+, you need to pay $4.99 per month. The subscription can also be accessed from other Apple products and platforms.

Sony Electronics North America’s President and Chief Operating Officer Mike Fasulo said: “We take great pride in the superb picture and sound quality of our innovative TVs. Now with the Apple TV app, we are making great entertainment even more enjoyable, and easier for customers to access.”

Does that mean Android TV is out of the picture? Not exactly. Sony just wants to give the audience more choices.