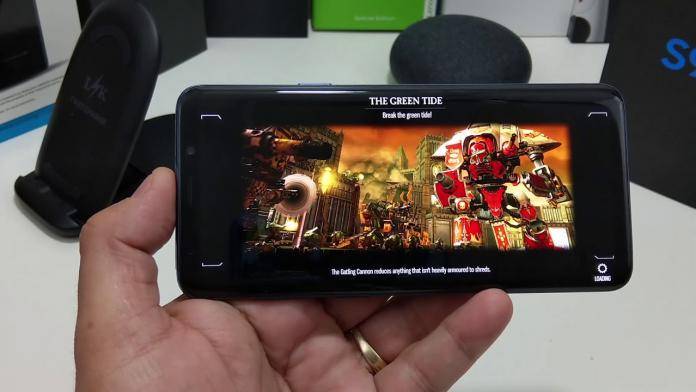 Rumors have been flying about that Samsung was sitting on a breakthrough graphics chip that could revolutionize the GPU industry at multiple levels. Samsung had just hired a top GPU specialist – Dr. Chien-Ping Lu, or CP to those within the industry – who is rumored to be spearheading the push for this new graphics chip. The product is said to be the “the first new GPU design in a decade” and could bring new possibilities for smartphones, IoT devices, and even up to the level of consoles and PCs. Would this new chip pave the way for a Samsung gaming smartphone?

First, let’s deal with the GPU business. This rumored breakthrough reportedly started from researching a new low-power processor architecture for virtual reality (VR). They discovered “a clever way to batch instructions for a SIMD architecture”, this according to Jon Peddie of Jon Peddie Research, a consulting and marketing firm that specializes in the graphics industry. Peddie himself is a pioneer of the same industry, and has eyes and ears in the business.

This breakthrough was partnered with another breakthrough by Samsung in the CPU development area, bringing more compute density and FLOPS (floating point operations per second). What reportedly came out is the SGPU project (Samsung’s GPU), which resulted in a GPU that offers low-power consumption and fast recovery very high-resolution dynamic display capability. In simple terms, it is a very power efficient graphics chip that can deliver great images even with low power.

Industry pundits are saying that Samsung hired Dr. Lu to bring the product into fruition, and we should probably expect an announcement in a year or so. But where does that place Samsung in terms of projected products?

It is probably not a coincidence that serial China-based leaker @MMDDJ_ – the account known for Samsung-specific leaks – has tweeted that the Korean gadget giant is in fact preparing to launch a gaming smartphone. This is not surprising, given that the trend has boosted the stock of those that jumped into this specific bandwagon. We already have the Razer Phone and Xiaomi’s Black Shark smartphone. More recently, ASUS announced the ROG Phone, which could be a certifiable win for ASUS.

If Samsung was sitting on a breakthrough GPU product, it could not only change the game for smartphones, but could also spread to other devices, and even GPUs for desktop PCs. We know that NVIDIA and AMD own that market, but wouldn’t it be great to have another player jump in with a totally kick-ass new graphics chip?