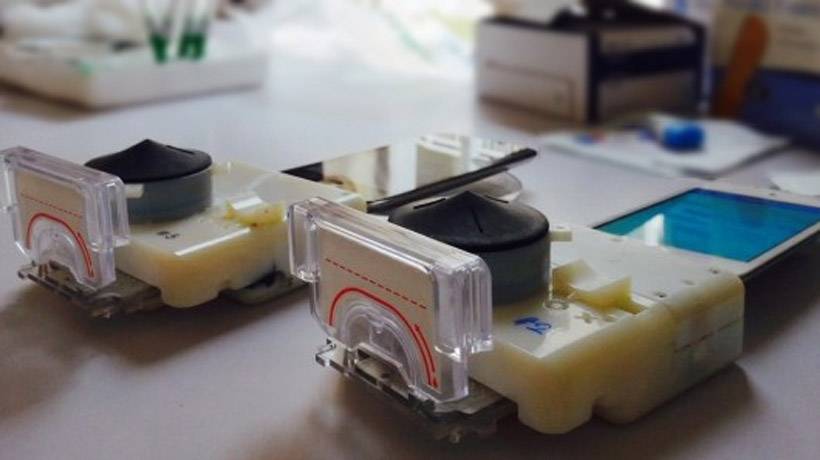 A group of scientist from Columbia University in New York has developed a new device that is cheap, connects to a smartphone, and can diagnose infectious diseases in people tested with it. According to the scientists, the cheap sensor can detect both HIV and syphilis. The device uses disposable plastic cassettes that are loaded with reagents to detect HIV antibodies.

Those cassettes also detect treponemal-specific and non-treponemal antibodies generated in people with syphilis. The scientists say that the cheap sensors can replace the traditional method of testing for these diseases called enzyme-linked immunosorbent assay (ELISA). The ELISA method requires equipment that costs around $18,000. The manufacturing cost of the disposable sensor is expected to be around $34.

The innovations that made the mobile testing system possible include a design aimed at allowing it to operate with limited power. The device is powered in part by the user pressing down on a negative pressure chamber inside that moves the sequence of reagents that are stored in the cassette.

The sensor plugs into the audio jack of a smartphone enabling the transmission of data. The diagnosis time is 15 minutes and the one test screens for multiple diseases. It’s unclear, but presumably, the test requires a thumb prick to draw blood.