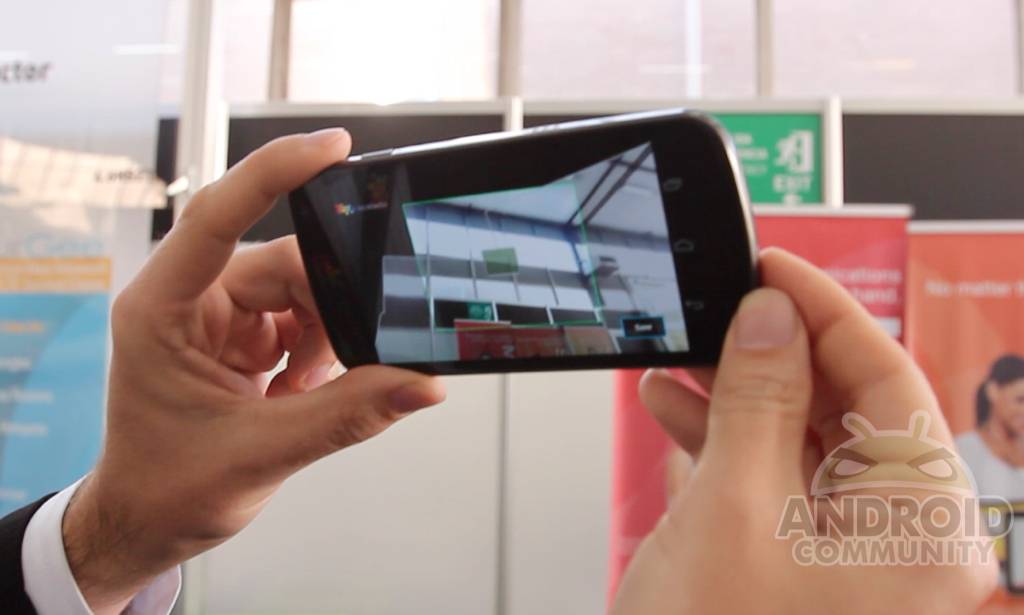 Not everything at Mobile World Congress was hardware related. We saw tons of awesome apps, games, ideas and more and will bring it all to you this week. Today we want to share an awesome panorama technology called Sweep Panorama 360 by Scalado. These same folks recently teased their Remove technology for deleting moving objects from pictures, but their panorama tech is equally impressive.

Scalado is a leader in camera and imaging technology and the demonstration below clearly shows just that. While we have plenty of panorama and even a few 360 apps for Android, nothing works quite as easily or well as Scalado’s does. Check out the hands-on video demonstration below to see what I mean. This isn’t just side to side but it works up, down, left, right, side and more — all with ease.

As you can see it’s as simple as one click. Their slogan is “one click for perfect panoramas” just like the video proves. With no slow timing, matching up or aligning the shots or anything. Scalado does it all, and does it well. Everything happens in-app and can be viewed right on your phone, even with 30 megapixel panorama shots and more.

What is even more impressive is the option to view it flat, or in a virtual mode where you are outside of the shot, or even inside where you can move around and see the world as shown near the end of the video demonstration above. There are a few good panorama apps available but this takes things to a new level. Currently Scalado isn’t offered as a stand alone app, and they don’t have any plans to at the moment either. They are aiming to bundle their features with manufacturers like Sony or HTC in the future instead of releasing them to the Android Market.

I don’t know about you guys but I’d love to be able to get this for all my phones, not just bundled with a certain brand.