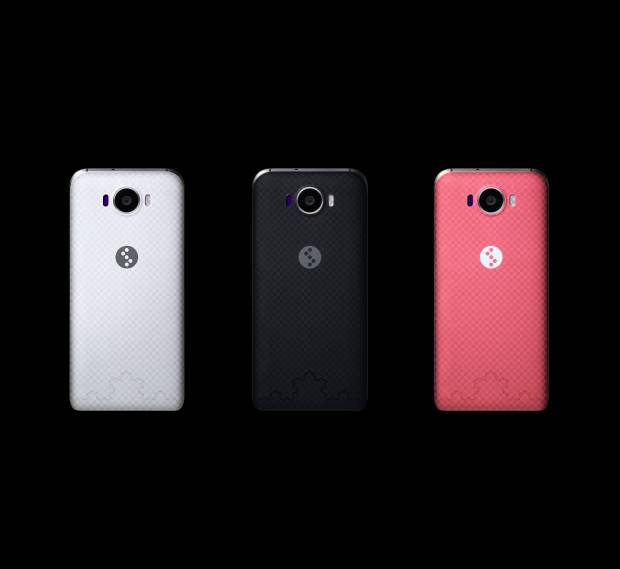 The Saygus phone idea has been around since it was first introduced at the CES earlier this year. It’s actually the second Vphone already as a V1 was shown off back in 2009. Unfortunately, the past two attempts to bring a Vphone have failed and the team behind the Saygus is trying again by finally listing the project on Indiegogo.

Turning to crowdfunding sites may finally make the Saygus Vphone a reality. The one million dollar goal and with still a month to raise funds, about 1,456 people have already donated more than $867,000. All of those money were raised within twelve hours. That’s an impressive record we’re hoping the Saygus phone will finally become a reality. No excuses now because the money is in the bag.

The Saygus V SQUARED phone features a 64GB base storage, Harmon Kardon sound technology, wireless HD beaming, dual SIM support, two microSD card slots for storage expansion, and 13 megapixel front-facing camera, and a 21 megapixel OIS camera. It is expected to make a massive change in the mobile industry once it’s released. With 15 exclusive technologies and features, the V SQUARED  is one special smartphone to look forward to. The two SD card slots can provide up to 464GB of localized storage (64GB on-board plus another 400GB of expandable storage). That’s a lot of storage space, almost half terrabyte, I’m not sure if anyone can fill it all up.

The V SQUARED can very well rival the other premium Android smartphones today thanks to its Qualcomm 2.5 Ghz Quad Core Snapdragon processor, IPX7 waterproofing, and 4K shooting capability. As in the past, Saygus also partnered with Harman Kardon to provide 3D audio experience from the phone.

HDMI connectivity allows wireless HD beaming. With a 60 Ghz dongle, you can send images or videos to a TV or monitor via wireless streaming. It’s a first from a smartphone and in HD quality but the technology is already common these days. The developers said the Saygus is 100% lag free so you can enjoy gaming on a bigger screen.

Check out the Saygus V Squared page on Indiegogo for more details. You can also donate if you think this smartphone should become a reality.