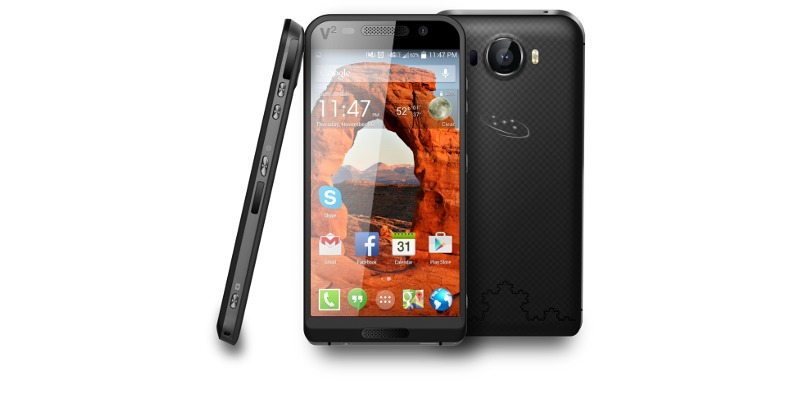 Are you raring to own a smartphone that can hold up to 320 GB of storage, great camera specs, and all for under $600? The wait is almost over as American OEM Saygus announced that they will start taking actual pre-orders starting this week, as anticipation builds up for the newest smartphone in the market whose specs rivals those of already established brands. Will it actually be worth it?

On paper, and on its debut at the CES 2015 earlier this month, the V2 (that’s “V squared”, not V, version 2) seems pretty impressive. It has a built-in memory of 64GB, which is quite high compared to most 16GB or 32GB ones out in the market. But the smartphone has not one, but 2 microSD slots that can fit in 128GB each. So that means you can actually have up to 320GB of storage at one time. The 3GB RAM is also something not to sneer at. And when it comes to cameras, the 21 megapixel main camera and the 13 megapixel front-facing one is not too shabby indeed.

Saygus actually opened its digital doors to those who are interested with a “pre-registration”, but those aren’t the actual orders yet. It will continue until 12:00 PM MT on Thursday, and then a little after they will be officially accepting the pre-orders. Those who pre-registered before that will receive special discounts and accessories. Those who will already pay for their pre-orders will get limited edition accessories together with their spanking new V2.

As for its price, Saygus hasn’t officially released the pricing, but they did say it will be under $600 (maybe $599.99 eh?). We’ll have two more days to wait and see if people will shout “Shut up and take my money!” to Saygus and if the price tag will be worth it. They’ll be announcing that the pre-ordering is offically open through their Twitter account @Saygus.