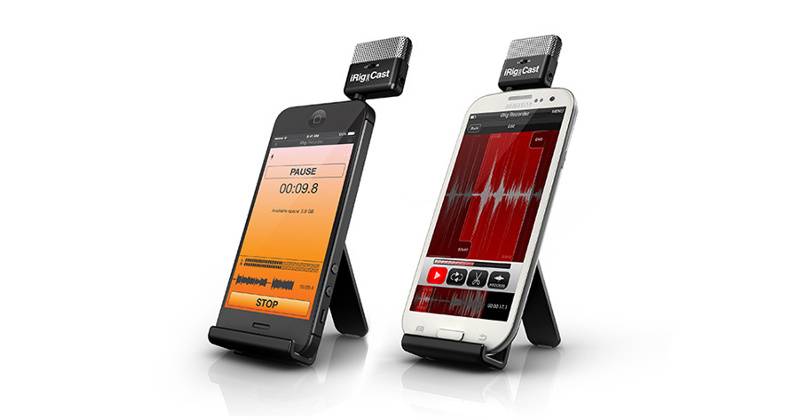 Use your Android device to capture high quality audio with the iRig Mic Cast Voice Recorder, 25% off for Android Community readers. The iRig Mic Cast Voice Recorder is a condenser microphone that records high quality audio on your smartphone. Just plug the iRig into the headphone port on your phone and you are ready to go. It’s perfect for a myriad of purposes including podcasting, recording educational lectures, and for making voice memos.

While it’s true that your smartphone already has a built in microphone, it will not record sound with the same quality as the iRig. And, unlike your phone’s built in microphone, the iRig has settings that allow you to accurately record audio from longer distances. Want to record your professor’s lecture from the back of the classroom? Then you’re going to need the iRig, because your smartphone’s microphone just won’t measure up.

At less than two square inches and just over half an ounce in weight, the iRig is small enough to carry around with you anywhere. Just keep it in your bag or even your pocket so you’ll always have it when you need it. It comes with two free downloadable apps that make it easy to record and edit audio files, but you can also use it with other applications such as VOIP software or for making calls.

The iRig works with most Android and iOS devices, and it comes with a handy desktop stand so you can keep your smartphone in the perfect position for recording. Get your iRig Mic Cast Voice Recorder for just $29.99 at Android Community Deals.