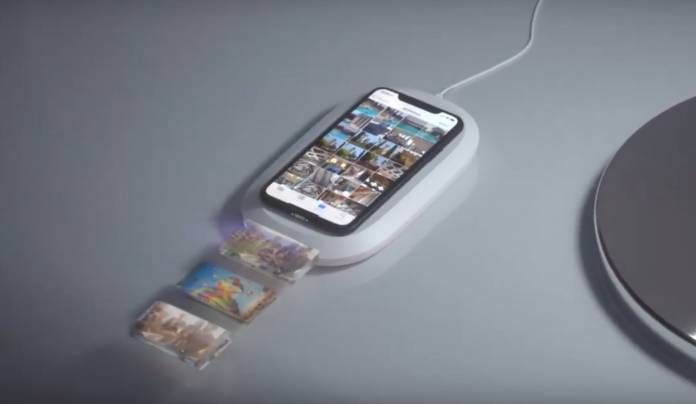 If you take a lot of photos or videos on your phone, one of the greatest fears that you probably have is to lose all of them before you’ve had the chance to back them up. That’s why there are a lot of services and tools that you can use to ensure that doesn’t happen. But what if you could charge your phone in the process as well? Those two things come together in a new SanDisk product called iXpand Wireless Charger. From the name itself, it juices up your phone wirelessly but also does the service of backing up your photos and videos.

If you didn’t know any better, you would think the iXpand is just any other Qi wireless charging pad. While it does charge your smartphone as it is a 10W fast charger, it also does an additional task for you. It will automatically back up the photos, videos, and even contacts from your device onto its built-in storage system. Every time you charge it, even at night while you’re sleeping, you’ll have the confidence that you’re getting your data backed up locally.

As soon as your Qi-compatible smartphone is placed on the charger, the backup already starts but of course it needs to be connected to the WiFi. You can also create multiple profiles so that even if other family members will use the device to charge their phones, there will not be a mix up of the backed up items. If your phone is running out of storage already, then you’ll be able to start cleaning them up since you know your photos and videos are already there.

As for its charging functionality, it is able to detect foreign objects so it won’t interfere or damage your device. It also has overcharging protection as well as adaptive charging so it can protect your phone’s battery. If you accidentally put coins or keys on the charger, it will automatically turn off, It will also be able to charge through your case as long as it’s up to 3mm thick so you don’t need to remove it every time you charge.

The SanDisk iXpand Wireless Charger comes in three capacity options: 64GB, 128GB, and 256GB. That’s not really a lot so here’s hoping they release more variants with higher capacities. There are no US prices yet but in the UK, the 128GB version is £90 while the 256GB one is £130. No news yet when it will come out.