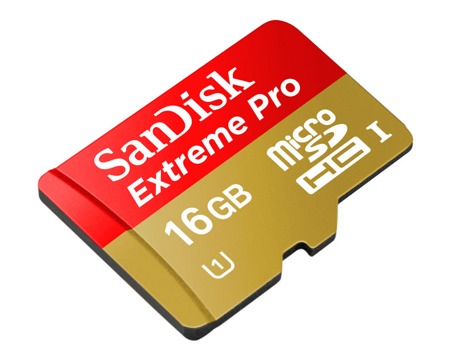 The folks from SanDisk have been leading the charge on removable storage and USB storage for a long, long time. Their Mobile Ultra and Extreme SD cards have always been among the quickest on the market, but this morning they just launched a new era in Micro-SD cards. Currently the Mobile ULTRA micro-SDXC is the fastest they offer, but their new Extreme will nearly double the performance.

Announced today is the new line of SanDisk Extreme Micro-SDXC cards. Ranging from 16GB to 64GB in size. Extreme models are available for lower storage, but not XC (extended capacity) cards. Their Mobile Ultra cards have been popular in smartphones and tablets, especially Android users, for the fast read/write speeds. Helping users capture burst-shot photos, 1080p video, and more.

More than doubling the read speeds and offering a huge increase in write speeds, SanDisk claims their new Extreme Micro-SDXC cards are the best fit for our mobile devices. Data transfer, fast-action photography, burst-mode, and even 1080p video recording and playback should all benefit from these increased speeds.

The Ultra cards can be found for under $60 these days, but expect these blazing fast new Extreme options to run anywhere from $59.99 to $199 for the 64GB model. Are these speeds worth it to you? Let us know below in the comments.