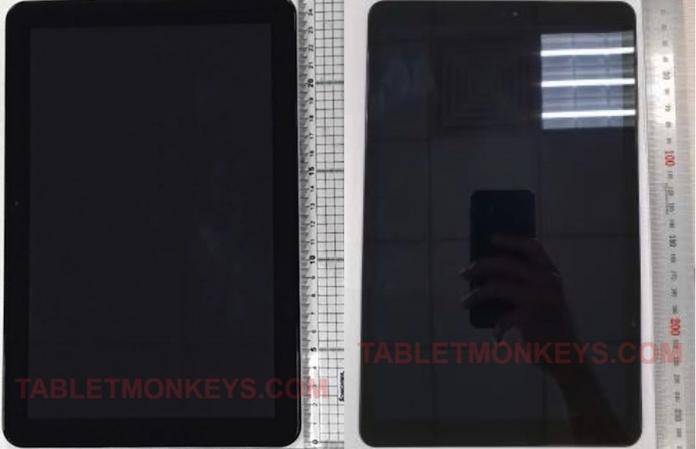 The Samsung Galaxy Tab Advanced2 is a new Android 8.0 Oreo-powered tablet that will remind you a lot of the Galaxy Tab A 10.1 from two years ago. We may not remember the looks of previous models because, to be honest, they all look the same. However, for the tab Advanced2, we no longer see the two navigation buttons usually found at the bottom, as well as, the home button. This means the nav buttons are now embedded on-screen.

Samsung’s Advanced series is expected to be really advanced so we’re hoping the specs will be even more advanced than the features we just listed.

The other model, the Samsung Galaxy Tab A2, sports a slightly bigger display at 10.5-inches. Two variants will be available: the SM-T590 and SM-T595. The device runs on Android 8.1 Oreo out of the box. It is said to roll out together with the Galaxy Tab S4 and as expected, they look alike.

The Galaxy Tab A2 also doesn’t have a physical home button so we’re assuming the same on-screen navigation as with the Galaxy Tab Advanced2. The top bezel is where you can see the camera sensor. Specs-wise, the tablet comes equipped with a 10.5-inch display, Wi-Fi Direct, 2.4 GHz + 5 GHz 802.11 a/b/g/n/ac Wi-Fi, Bluetooth 4.2, 4G LTE, 3.5mm audio combo jack, and USB Type-C port. A charging dock is optional.

The tablet has already received WiFi and Bluetooth certifications and has been approved by the FCC which means the device is ready to launch as Samsung SM-T595 (4G LTE) and SM-T590 (Wi-Fi).