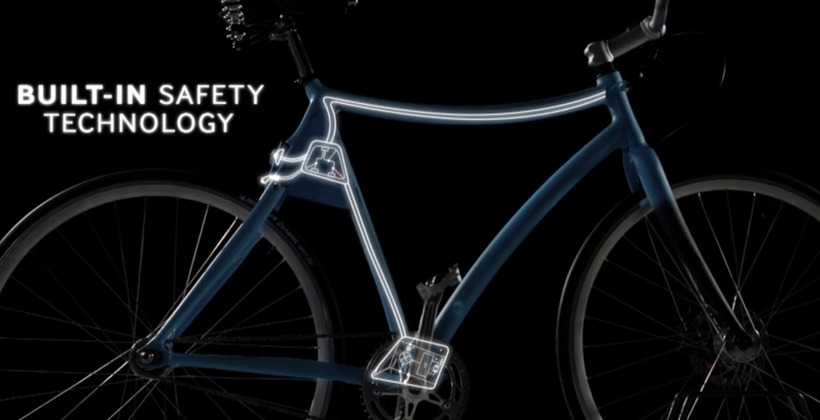 Smartphones. Smart watches. Smart cars. With everything from wearable gadgets to automobiles becoming smarter and connected, the market is slowly becoming crowded. But Samsung has found an area that hasn’t been saturated yet and it is something that environmentally conscious and safety focused people would appreciate: the Smart Bike.

With roads becoming more congested and the air turning even more polluted, bicycle ownership will soar to new heights in the next few years. Samsung has come up with a bicycle that will not just keep the owners safe, but even those around them. The Smart Bike is equipped with lasers that will illuminate the area around the rider to let everyone know that there is a biker in the lane. It also has a rear-facing camera that will make it easier for the riders to see what’s behind them without having to turn around and possibly get into an accident.

Samsung worked with Italian design conversatory Maestro Academy, which they co-founded earlier this year, to create not just a smart bike, but a beautiful one as well. The purpose of this academy is to be able to integrate craftsmanship into the digital world. The Smart Bike of course will be able to collect data from your travel and connect it to your Samsung smartphone. There is even a special place in the bike’s handlebars for your gadget to connect with your vehicle using an arduino computer. The app can detect if any of your friends are near where you’re riding. It can also post updates on your social networks if you’d like your friends to know where you are.

As of now, there are still no plans to have the Smart Bike in the consumer market. But if this attracts enough attention and if bicycle ownership will indeed exceed car ownership in the US, then you just might see a few of these smart two-wheeled vehicles on the road.