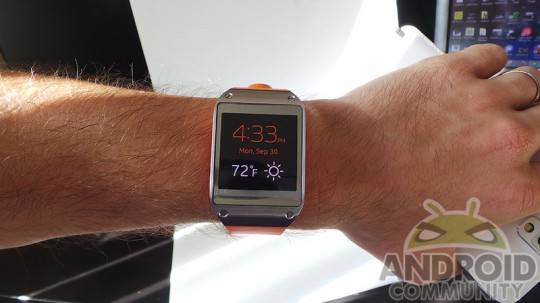 A new report puts the refreshed Galaxy Gear from Samsung well out of the reach of Android. In this report, sources are claiming the newest iteration of the Galaxy Gear will run Tizen, Samsung’s troubled OS. While unconfirmed and worthy of skepticism, it does raise eyebrows.

In defense of such an act, we’ll point out a few things. First, nobody has actually seen Tizen working on a large scale. Samsung rolls it out for display here and there, but it’s always to a select audience. Time and again, it’s said to be “in the works”, or “not ready for prime time”. Perhaps Samsung was always preparing it for wearables, or devices outside of smartphones — but a smartphone was really the only medium for Tizen to be showcased.

Conversely, it makes no sense. The Galaxy Gear we have now is Android, and works with Samsung’s Android-based smartphones. The move to Tizen makes little sense in that regard, even if it is the HTML5 version USA Today says it is. While an HTML5 version could make utility outside of notifications easier, it sounds more like a quick fix to a long-term problem.

However you feel about a Tizen Galaxy Gear, let’s remember this is all attributed to “three people familiar with the situation.” While it doesn’t seem logical, the Galaxy Gear has had quite a bit of trouble catching on as Samsung would have hoped. Even at that, it is the largest selling smart watch available, so why mess with what success you do have? The newest Gear should launch at MWC later this week, and we’ll be on the ground to bring you all the news. Stay tuned.