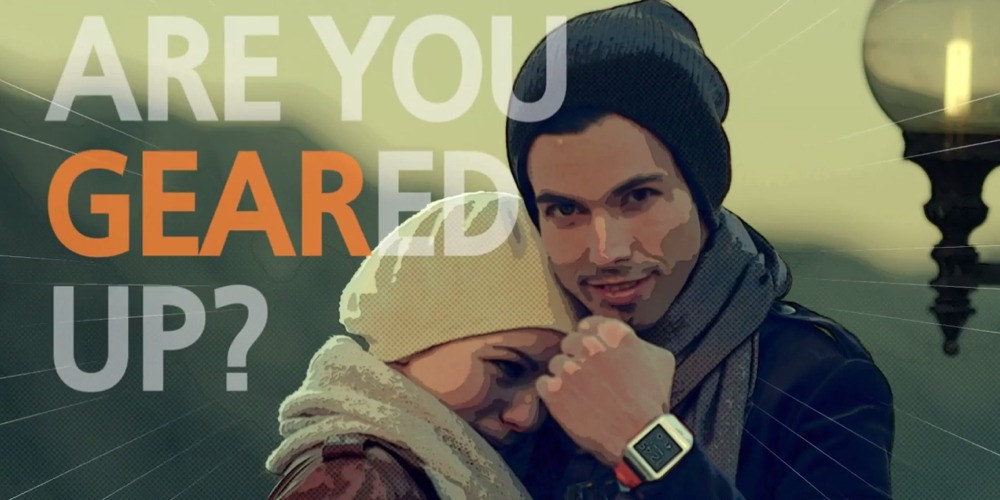 It seems that Samsung couldn’t remember the greatest commercial in the world, so they made a tribute to it. Their latest ad for the Galaxy Gear shows two young men on a ski lift, attempting to woo a nice young lady (Amy) riding with them. One has a Galaxy Gear, while the other is in a member of the 99% club of those who wisely skipped on Samsung’s first-run wearable.

The commercial, which you can regrettably see below, shows a smug punk (Jack) with his Galaxy Gear  performing just about all the things the Gear can do in the short time frame of the commercial. Talking on his watch instead of his phone, stalking the girl down the slopes — taking video and pictures the whole time, like a creep — and voice commands are the order of the day. He even finds his dropped phone in some don’t-change-before-you-party night club for skiers and snowboarders using his Galaxy Gear. We’re not sure where this place is, but we’re never going because — well, because Jack scares us.

Jack’s rival, who never gets the courtesy of a name, is left to fumble his way through life with his phone. Considering Samsung has a lion’s share of the Android market, it’s a clumsy move on their part to poke fun at smartphones. The Galaxy Gear also needs to tether to one of those maddening devices, so we’re not quite sure what we’re supposed to gain from this.

In the end, Jack ends up with his girl, who is obviously one for meeting weirdos and falling for their unnecessary tech. The closing frames of the video look like some sort of Lifetime movie poster, warning us of the dangers of meeting the wrong guy. Still, we don’t know why we need a Gear in addition to our phone, so the commercial seems to have failed. For what it’s worth, we watched the video on our smartphones, not a Galaxy Gear, so there’s that.
https://www.youtube.com/watch?v=T8nJKWJTsUg#t