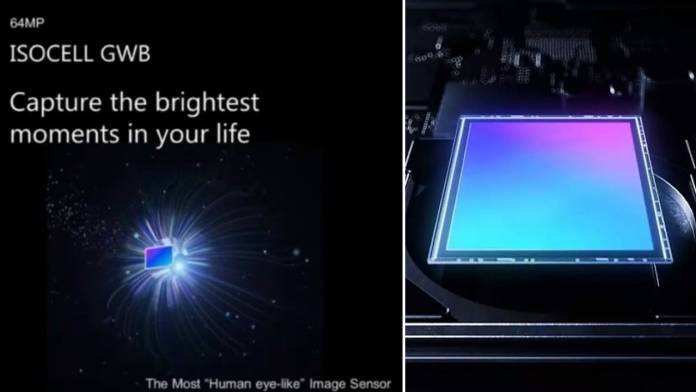 The first ISOCELL camera sensor with an RGBW color filter pattern by Samsung is being developed in collaboration with Chinese smartphone maker TECNO Mobile. The information was revealed by Samsung in a webinar hosted by TECNO Mobile, and the advanced sensor having 64MP resolution is called ISOCELL GWB. The sensor was revealed by the Vice President and Head of R&D, Samsung. According to him, it’s a human eye-like sensor that’ll be a game-changer for smartphones. Most probably it will arrive first on the TECNO’s smartphone next year, then on a Samsung device in 2022, and later trickle down to other OEM devices.

Earlier the sensor being developed under the wraps was rumored to have 50MP resolution, but it could still be a different RGBW sensor, also set to debut next year. That means we could be seeing another RGBW sensor coming from the South Korean giant’s arena.

ISOCELL GWB uses an RGBW color filter pattern with a new white pixel for better light sensitivity (courtesy of the sub-pixel arrangement) in order to capture dynamic low-light photos. The sensor also gives the color accuracy a good boost which can at times be weird under some low light conditions with current sensors on the phones.

This is not the first time a company is working on an RGBW sensor for phones, as Huawei P8 way back in 2015 had the Sony IMX278 RGBW sensor and Sony, Vivo, and OPPO also developed one. The technological advancements in sensor technology are a lot evolved now, and this camera sensor for smartphones promises a lot.

For those speculating that the sensor might land on the Samsung Galaxy S22 series at the Galaxy Unpacked 2022, the chances are really low based on the leaked specifications of the phones. The S22 Ultra has a 108MP primary sensor while the S22 and S22 Plus have 50MP sensors, so the 64MP sensor doesn’t fit the bill.