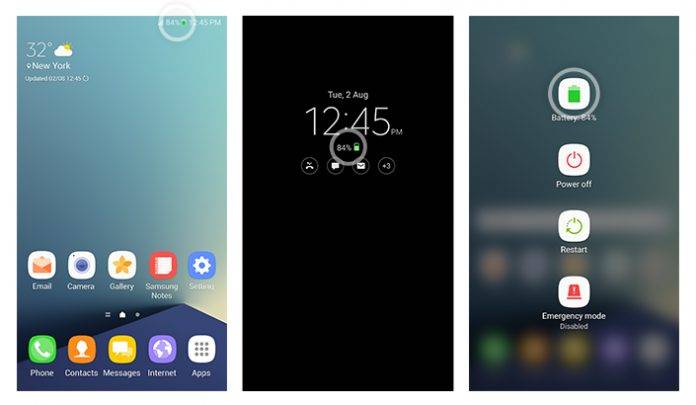 Are you still longing to get the Galaxy Note 7 in spite of all the battery safety issues and the “voluntary” product recall? The good news from Samsung is that they have released new batches of the phablets and for consumers to be confident that they have the “safe” products in their hands, they are giving indicators that the device has the new battery manufacturing standards. They’re still not officially calling it a product recall but more like a “replacement program” and they’re highly encouraging current owners that are still keeping their old ones to participate in this.

Your sign that you have the new Galaxy Note 7 with the battery (that will hopefully not explode when you charge it) is the green battery icon and it can be seen in three specific places on your device to ensure you won’t miss it. You will be able to see this icon in three places: the status bar, the Always On display screen, and the Power Off prompt screen when you long press the power key. Through these software changes, you won’t be in doubt that your device is actually new.

Samsung also says that the green icons will appear only after you’ve done a software update. So if the product has the square on the box and the green battery icon doesn’t appear yet, don’t panic and just update it first. Let’s see if this replacement program will still have a positive effect on both sales and Samsung’s reputation as well.