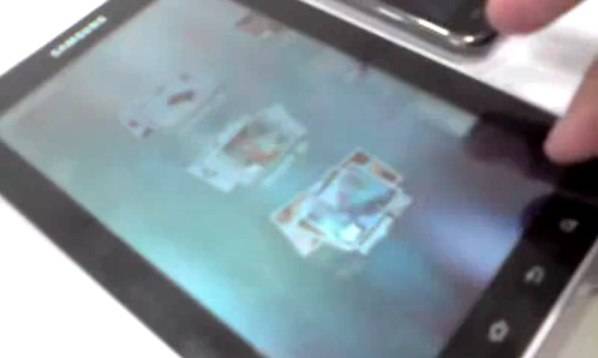 The Samsung Galaxy Tab 7-inch tablet has broken cover again, this time starring in a brief and blurry video.  Labelled as the Galaxy Tab P1000, the tablet has different controls to the previously pictured version – touch-sensitive keys rather than a physical D-pad – and appears to be running some form of TouchWiz on what is said to be a Super AMOLED display.

Samsung are tipped to have several tablets in the pipeline for 2010; this particular example is said to run Android 2.2 on a 1.2GHz processor with 16GB of onboard storage and a microSD card slot.

[via SlashGear and via OLED-Info]