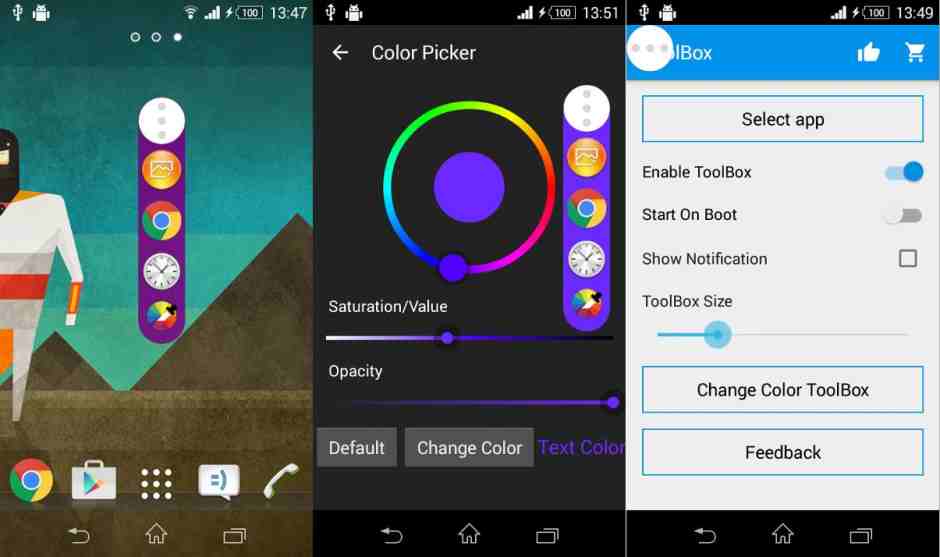 When describing Samsung’s proprietary apps, we could most likely use the term “hit or miss”. There are some Samsung apps (and features) that just defy logic. And then there are some that are so useful you begin to think how you’ll survive without it. The floating toolbox app on the Samsung Galaxy S5 was an app that tended to be on the latter – it was useful enough that you immediately notice that the Samsung Galaxy Note 4 doesn’t have it (what’s up with that Samsung?). So enter this new app.

It’s unassumingly called “ToolBox – Floating Window App”. It’s all right there in the name. The app places a floating “button” that floats above all your other programs. Tap on the button and it will open up to show you five icons of apps that you would want quick access to at any time. Samsung had default apps like Camera, Browser, Voice Recorder, Notes and the Calculator on it – this new app allows you to customize what 5 icons you would like to place there.

In more ways than one, this new app is actually better than the Samsung version. For one, the new app has a lot more options for customization. You still have the normal features like adding up to five icons, dragging it anywhere on the display, have it start on boot up. Now, you can resize it and customize the colors to suit your theme. 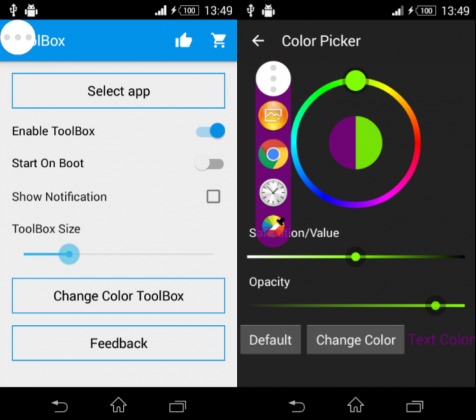 The app is now available via the Google Play Store (see source link below) and it’s completely free. Why Samsung chose to take it out of the newer Galaxy Note 4 is beyond us. This app is heck useful.