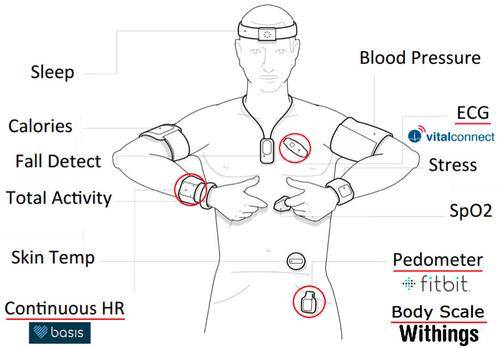 Samsung has started development on SAMI, which stands for Samsung Architecture for Multimodal Interactions. The project, which can best be described as Siri-esque, offers a new take on contextual data. Rather than offer snarky questions for odd questions, SAMI is aimed at being a true life companion, which can track your health and keep you focussed.

The project is headed by Luc Julia, who was instrumental in the development of Siri for Apple. SAMI distinguishes itself by tracking data from connected devices, then feeding it to the cloud before returning it to you in a personalized way. The demonstration given was when wearing a myriad of health monitors (seen above), which track all manner of data. Users could then ask SAMI “How am I doing?” and get a quick response, rather than mountains of data to extrapolate and make sense of.

It’s all part of Samsung’s Internet of Things strategy, which is a push to gather and make sense of your data. IoT devices, such as the Fitbit or Nike Fuelband, are rapidly gaining in popularity. Julia says there are about 20 billion of these IoT devices in the world, and suspects there will be 1.5 trillion by 2020. “We want the user experience to be magical, to be of things that are not expected” says Julia.

Just how Samsung plans to set themselves apart from the likes of Google Now or Siri isn’t known. While using an IoT device is gaining in popularity, it’s not know whether or not a central hub for making sense of the data will catch on. It’s a good concept, a “mother brain” of sorts for your data, but just how much conflicting info is relayed currently is not known. the project also assumes that people wear more than one device at a time, or will, and need a way to properly track various data. SAMI clearly has use cases it would be valuable for, but as a consumer product, we’re not convinced yet.