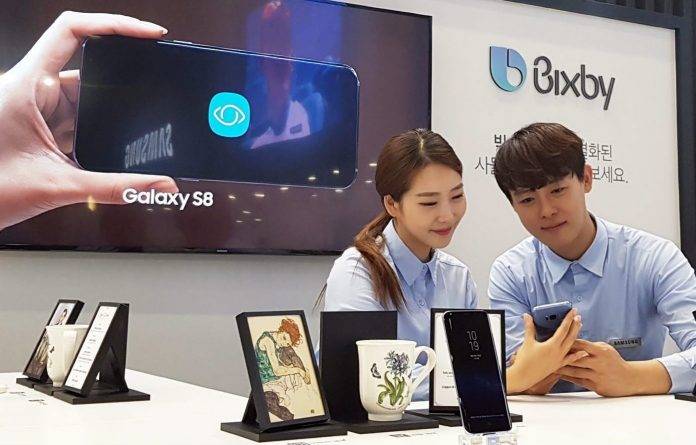 When Samsung launched its newest flagship, the Galaxy S8 and Galaxy S8+, one of its selling points was the inclusion of Bixby, its own artificial intelligence virtual assistant. But while it is already available in its native South Korea, it looks like the US launch of the AI service is going to be delayed. Sources close to the issue have said this is due to the fact that they are encountering syntax and grammar issues with the English language.

Bixby is Samsung’s counterpart to Apple’s Siri, Amazon’s Alexa, and Google’s, well, Google Assistant and uses AI to bring voice-activated assistance to users. Sources are saying that internal testing show that the program is having a hard time understanding English syntax and grammar and is still weeks away from being ready for launch. Originally, Samsung said that it will be ready for launch in the US “later this spring” but based on this, that will probably be a long shot.

All eyes were on the new smartphones from Samsung, mostly because of the whole Galaxy Note 7 debacle of 2016. Sales numbers so far indicate that the public may have been a bit more forgiving as in South Korea alone, they exceeded the one million units mark in just 37 days. They have not released numbers for the US, but they did say that the pre-orders have surpassed that of the Galaxy S7 from the year before.

Now as to whether the delay of Bixby will affect sales of the well-reviewed Galaxy S8, that remains to be seen. Industry experts are saying that virtual assistants are still not hitting it off with smartphone users and a study says that only 9% are actually using these services. Let’s wait and see.