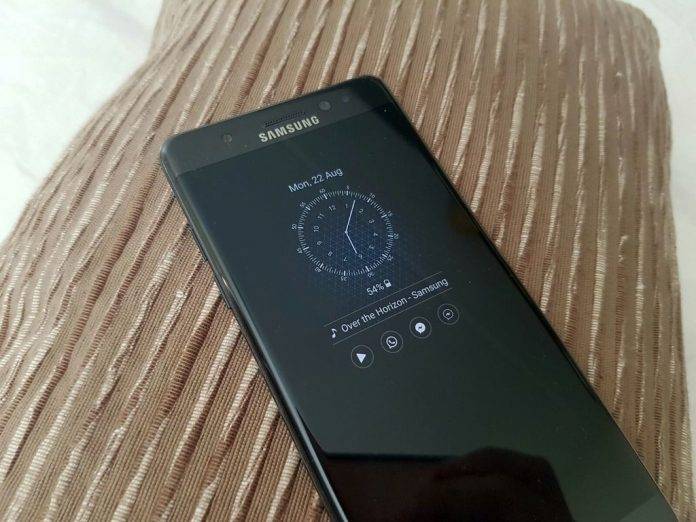 One of Samsung’s new features that they introduced with this year’s batch of flagship devices is the Always On Display mode. Those who constantly need to check their phones but find the unlocking and locking tedious benefit from this feature. It was first introduced with the Galaxy S7 and Galaxy S7 edge. The recently released Galaxy Note 7 also has this mode and now it has received a minor update which shows the song that your phablet is currently playing.

It may not be a major change or feature for the Always On Display, but it’s a good one to have, especially if you play a lot of your music from your Galaxy Note 7. Once you’ve updated your device, you will be able to see the song title and artist in between the clock and the widgets that you chose for the mode (currently at four widgets). So that’s less hassle for you if you want to check out what’s suddenly playing on your device.

They’ve been bringing several improvements to the Always On Display mode since they introduced it earlier this year. Previously you could only add stock apps like S Planner or Messages to the widgets on the display. But now you could add some third-party widgets as well as more customization options for the clock and calendar widgets, like changing the colors and backgrounds.

There is no word however if the update to the Always On Display mode for the Galaxy Note 7 will also be brought to the Galaxy S7 and Galaxy S7 edge eventually. For now, the new owners of the phablet should enjoy the improved feature.

Rei Padla - May 28, 2020
ARM hasn't made any big announcement recently, or at least, one that made us focus our attention. Our last related mention was that ARM...