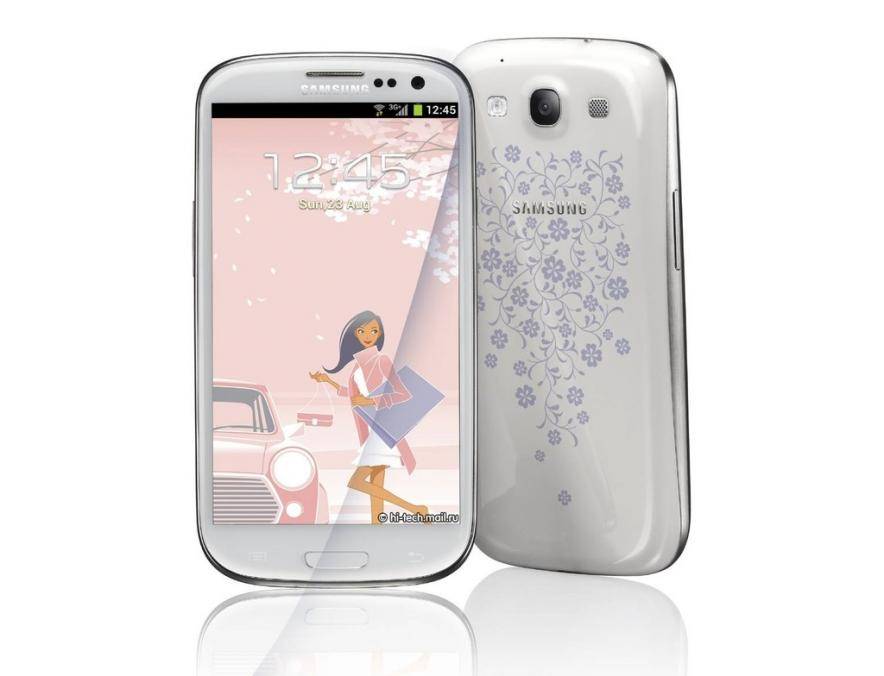 In fact, those in Russia will have the La Fleur edition handsets available beginning on February 1. The pricing hasn’t been specified for each model, however the Galaxy S III will be 22 990 rubles (about $765 US), which is said to be close to what the regular models are selling for in Russia.

As you can see from the included image, the La Fleur edition handsets are sporting floral print designs. The internals are the same as the regular models. If nothing else, these La Fleur editions are a nice change from the typical variants we see. Simply put, it is somewhat refreshing to see these with floral patterns as opposed to simply changing the color to pink.

Basically, if Samsung plans to offer these outside of Russia — given the close proximity to Valentine’s Day, now seems like as good a time as any to make that happen. After all, we suspect a few people will be giving their loved one a smartphone so why not make it something a bit prettier to try and spice things up a bit.