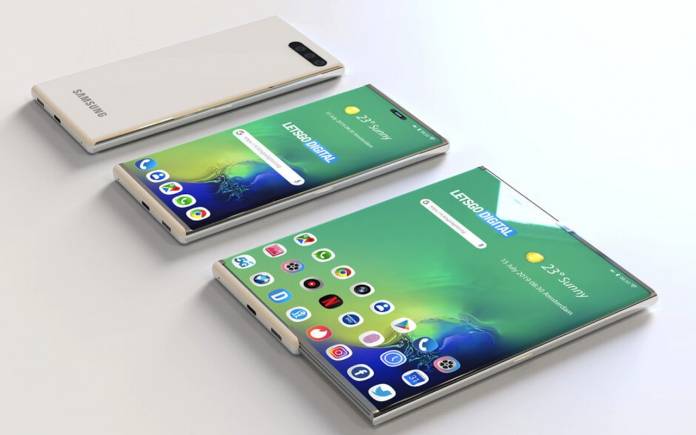 A few months ago, the Samsung Galaxy S11 was said to have an expandable screen. It was shown off in some patent images. We know it’s not happening for the Galaxy S11 but there is a possibility we’ll see the idea become a reality. Rumor has it Samsung is expected to demo what is called as a slide-out display at a secret meeting. This slide display may be used on future smartphones as it is presently being tested. This may be the next big thing since the OLED screen was commercialized by Samsung.

The slide-out display is different from the foldable screen. The new screen is said to slide out when rolled up inside the device. It can still be part of the foldable phone game but with some changes and improvements.

We’ve been anticipating for the Samsung Galaxy Fold 2 and that one is said to rival the Motorola RAZR with its clamshell design. It will be a more affordable foldable phone but another premium Galaxy Fold model will still be announced in the second half of 2020.

Samsung is believed to be working on a flexible OLED display. By flexible we mean rollable or one that can slide-out. It still is a concept for now but the technology certainly has potential.

A slide-out handset is a possibility but like the original Galaxy Fold, it requires research and development and the actual construction. Samsung demoed something similar before. This time, the technology may have greatly improved but we have yet to confirm that.

We’re taking things with a pinch of salt because a concept can remain a concept. If it turns into reality, well and good but if not, Samsung just needs to keep on trying.