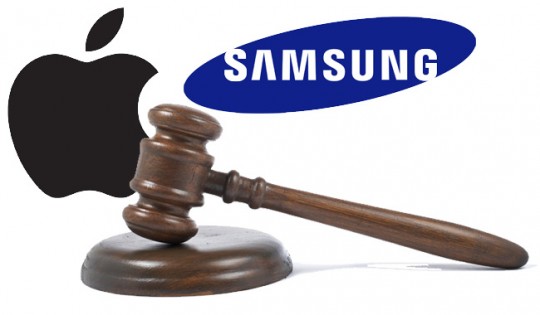 In their ongoing efforts to prolong the inevitable, Samsung has requested a retrial of the retrial in their case versus Apple. That’s right, Samsung now wants the case heard again, claiming that — in part — Apple baited the jury to judge the case based on race. Judge Lucy Koh, the judge in the original trial, is hearing the appeal.

While not their only claim, the mention of race-baiting is the most incendiary. Samsung says that Apple coerced the jury to judge the case in part due to Samsung being a Korean company. In the trial, Apple made reference to Samsung knocking several US companies out of business with their foray into the TV market.

“Samsung respectfully requests a new trial based on Apple’s repeated references to Samsung’s revenues from all infringing products, as opposed to those found to infringe upon Apple’s design patents, and blatant appeals to racial, ethnic and national prejudice” Samsung’s attorneys wrote in their filing. “Throughout the trial, Apple portrayed Samsung as a foreign threat to the local and national economy… Apple’s cynical appeal to racial, ethnic and national sentiment has no place in our system of justice and warrants a new trial.”

Sadly, this is probably sign to have to be heard at the Supreme Court level before Samsung has any satisfaction. They’re losing cases all over the world versus Apple, even in their home country. If you can’t get sympathy in your own backyard, it might just be that you’re wrong. Samsung and Apple are both request ion formal judgements in this matter, but as you can expect, they’re not seeking the same thing.