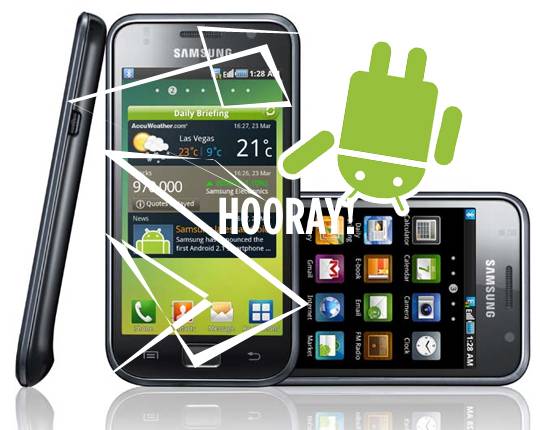 All you lovers of the Vibrant that’s about to get replaced by its big brother Vibrant 4G, you’re in luck. Right here on the same day the Vibrant 4G is basically thrown in everyone’s faces, chief marketing Cole Brodman (of T-Mobile) speaks with PCMag, telling them that the updates should start rolling out tomorrow and will be out to everyone within weeks.

So what’s the deal? Says everyone familiar with the situation and possible holdbacks and such. The deal, says Brodman, was that the update wasn’t ready until now, technical difficulties were the matter, and it wasn’t about marketing, payments, or sales. Looks like he reads blogs, doesn’t it?

Brodman went on to say “It was a quality control and timing issue. The biggest challenge is integration and customization.” Brodman continued by saying that T-Mobile in the future aims to have all new versions of Google’s Android OS out to users within 3-5 months after they’re made public.

Finally, Brodman added small points like the fact that smartphone users expecting frequent updates to their OS being “new to [them]”, and that they’re “going to have to step up and change the way we do things,” and that the upgrade to Froyo for the Samsung Mesmerize would be in March, and that the Galaxy S 4G release would be at Mobile World Congress on the 13th of February. No big deal!