The Samsung Galaxy S variant for T-Mobile, known as the Vibrant, has just taken a drastic price cut. In a move that’s become somewhat normal from the magenta carrier, one of their high-profile devices will go on sale for one day only. Whether this is to stimulate some sales that have slumped off since its launch, or T-Mobile’s just being nice, no one knows. Either way, though, you get a killer deal on an amazing device.

We’ve heard about these phones enough times to know the specs, but here’s one more go: a 4-inch Super AMOLED capacitive touchscreen display with WVGA resolution. There’s a 1GHz Hummingbird processor under the hood. Samsung chose Android 2.1 to run the show, but they used their proprietary User Interface skin, known as TouchWiz 3.0, to hide everything.

T-Mobile managed to snag some exclusives, though. For example, the Vibrant features The Sims 3 from publisher EA, which is the Collector’s Edition. It also comes with James Cameron’s epic film, AVATAR. And then you get all the normal goodies like Kindle For Android, Slacker Radio, and the ability to access the Android Market. Like we said above, the deal’s only going on for a day, so get online and head on over to T-Mobile’s website to get your ordering on. That’s right — it’s an exclusive online deal. 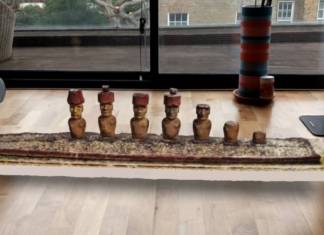