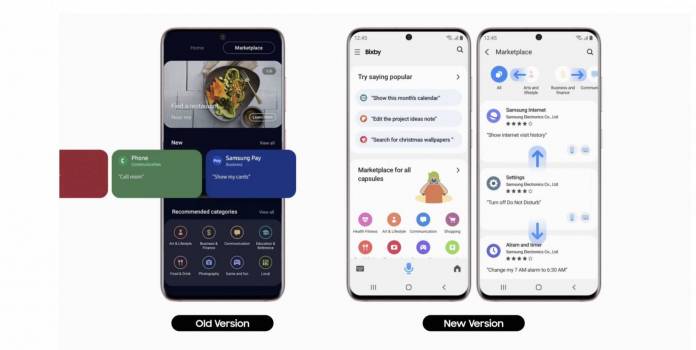 Just when people started believing the rumors that Google is pushing Samsung to get rid of its own digital assistant in favor of Google Assistant, it seems that Bixby is not out for the count. The Korean OEM has released a new update that is made up mostly of what they claim are user-requested features. The interface is also meant to be simpler and more usable and accessible. The theme has also been updated to match that of the One UI design language.

What you’ll immediately notice is that Bixby now has vertical cards instead of the previous horizontal UI. And instead of taking over the whole screen when you need to use Bixby, you’ll get it in just a third of your screen. You won’t see the round Bixby icon as a conversation indicator and instead you get a pulsating bar when you summon it. This is most likely to further reduce the space it occupies.

The update also brings easier improved readibility and an option between light and dark themes. You’ll get a combination of recommended commands, trending commands, and the Marketplace menu. You will also be able to easily search new Bixby capsules and use the voice commands all in just one place. And because the design is simplified, you don’t need to swipe through different menus or cards just to be able to get to what you need to do or use.

And probably one of the most useful things in this update, if you use Samsung DeX is the addition of Bixby support for this productivity suite. You’ll be able to use Bixby commands to open apps or search for content when you’re using your phone on your computer or a larger monitor. Of course, you could already use your keyboard and mouse to maneuver but in case you prefer voice commands, you’ll now be able to do so. 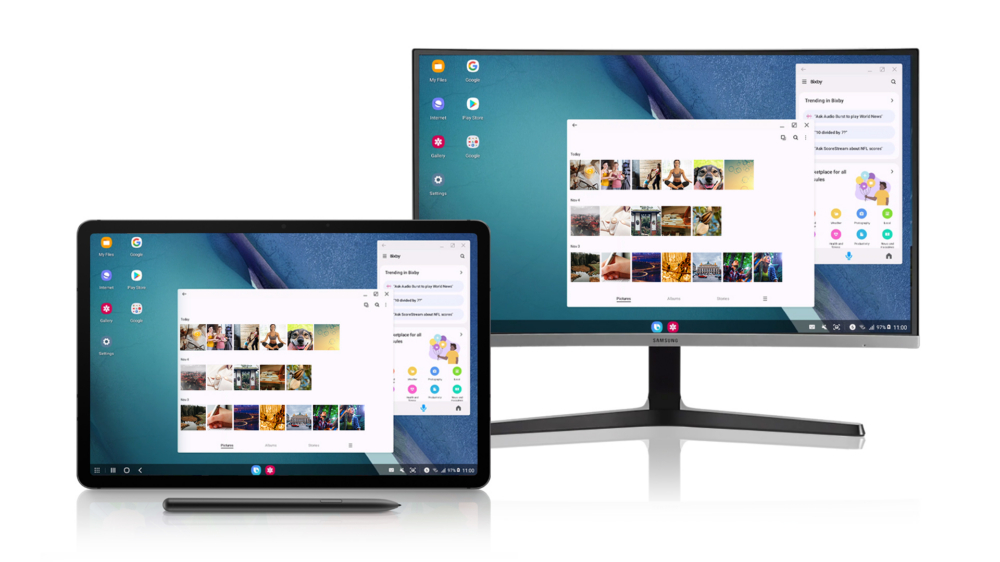 The Bixby update is coming to supported Samsung devices in the next few weeks. As to whether this new look and the improvement of features will make you switch to it instead of the digital assistant you’re already using, that is still a big question.