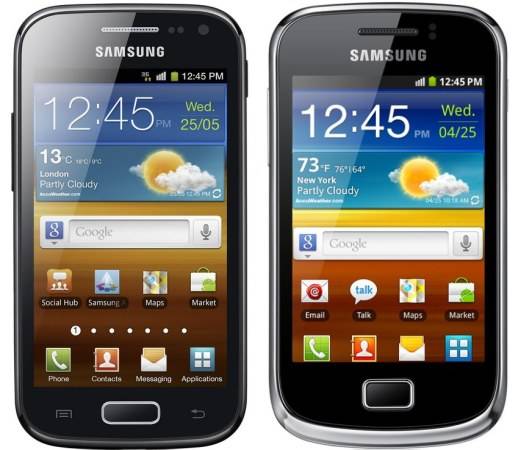 With Mobile World Congress right around the corner, Samsung has decided to unveil official specs of both the Galaxy Ace 2 and the Galaxy Mini 2. Both have mid-lower tier internals, but the Ace 2 has better hardware of the two. Both devices will initially launch in Europe, but we could see variants under different names later on.

Both devices will be equipped with Android 2.3 (Gingerbread), and should be available this spring. The Mini 2 will rollout to France in March, and the Ace 2 should arrive in the UK sometime in April. This is just the beginning of a great new lineup of Samsung devices, so stay tuned for the rest.