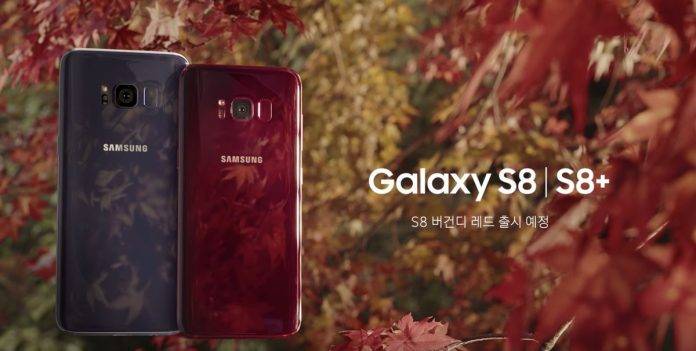 Samsung has this tradition of releasing new colors for its flagship devices and the Galaxy S8 is no exception. This time around, they have released a Burgundy Red color variant just in time for the arrival of fall. It may seem weird to choose this color given the iPhone Red from last year, but it does look good on the flagship and November is associated with falling leaves anyway, so it does make sense. However, just like their previous special color variants, this will only be available in South Korea (at least for now).

They announced the new color in a very pretty-looking video ad, showing off the beautiful colors and falling leaves that you can see at this time in Korea. Amidst these scenes, you see the Burgundy Red Galaxy S8 and its shiny exterior, taking photos and videos of the scenery, The front is still black but the entire back cover is now dark shiny red. The aluminum frames and the buttons are also colored, so it looks even better. 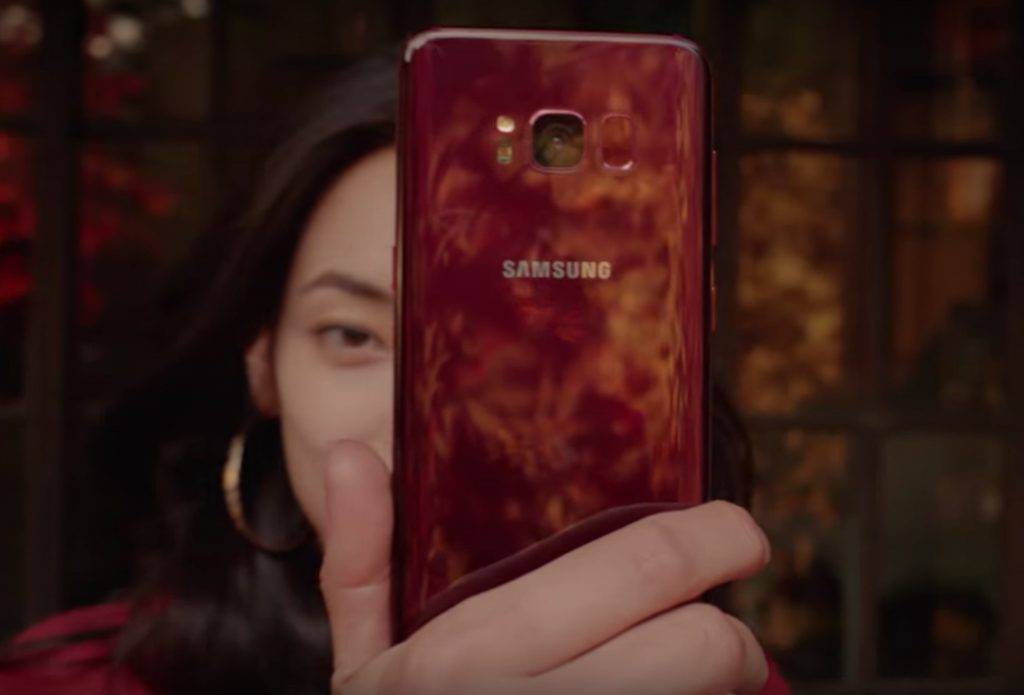 The color seems to be the only difference between the original Galaxy S8 and this Burgundy Red variant. The 5.8-inch display with 1440 x 2960 pixels device is powered by an Exynos 8895 chipset. It has 4GB of RAM, 64GB internal storage, and a 12MP main shooter and an 8MP front-facing camera. It runs on Android 7.0 Nougat and has a 3000mAh non-removable battery.

The Burgundy Red is actually the 6th color option for the Galaxy S8, including Rose Pink, Arctic Silver, Coral Blue, Orchid Gray and Midnight Black. However, it seems like they have no plans of releasing this particular color outside of Samsung’s native South Korea.