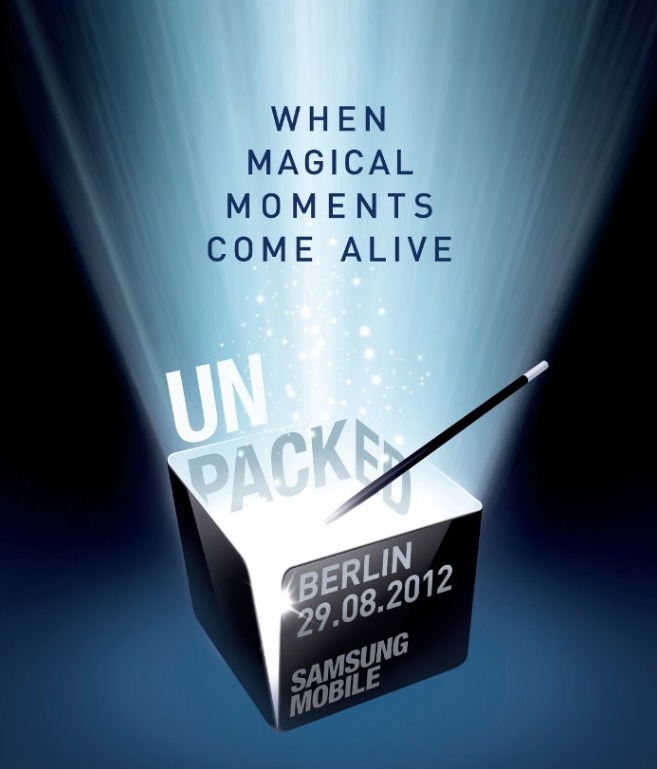 Samsung has a lot prepared for us during the month of August. From the event coming up in a few weeks rumored to be the Galaxy Note 10, to even the Galaxy Note 2. Now in their usual fashion they’ve begun sending out invites for their next big event — Samsung Unpacked. During the annual IFA show this year in Berlin is where Samsung will make their next big announcement.

The invitations going out seem to hint at a few note-worthy things. One being magic, and even a little stylus in the image below, and two being “pushing boundaries.” Pushing a smartphone to the huge size of a 5.5-inch display like the Galaxy Note 2 would certainly be pushing boundaries if you ask us. It looks like Samsung has plenty planned, and we’ll be there live to capture it all.

August 15th they have an event scheduled where we’ll probably hear about one of the two upcoming Note-worthy devices, most likely the Note 10. Then we expect the Galaxy Note 2 with its 5.5-inch display, quad-core processor, 2GB of RAM and more to be unveiled at their Unpacked event.

Samsung has scheduled Unpacked IFA for August 29th, and we’ll be sure to bring you all the news live from Berlin, Germany. Then IFA will have plenty of other news throughout the entire week so be sure and stay tuned right here for hands-on pictures, videos, details and more as the event unfolds. Get ready for some Galaxy Note devices guys!