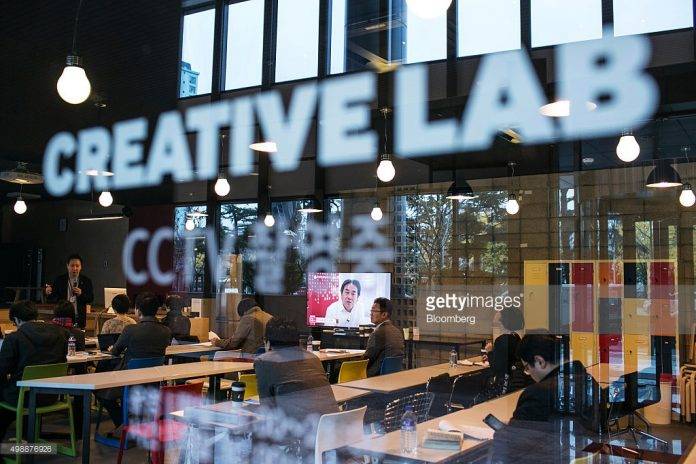 The upcoming Consumer Electronic Show has been well-used by Samsung to showcase not just their new gadgets, but also to introduce to the world new projects from their Creative Lab program. More popularly known as C-Lab, this program has launched several awesome products that are not just smartphones or tablets or smartwatches. For this year’s CES, they will be introducing 3 new projects and also launching the commercial products of 7 start-ups which were actually created through C-Lab: LINKFLOW, Kitten Planet, lululab, KIDSOFT, Mangoslab, Innomdle lab, and analogue plus.

But we’ll be focusing on the three new projects that will be unveiled at next week’s CES. S-Ray or Sound-Ray is a directional speaker which you can carry wherever. It is most useful for those who cannot stand using earphones for long periods but would still like their music to be a bit “private and not distract others with Bluetooth speakers/ Usually, directional speakers are stationary, but this one is smaller and lighter so you can carry it wherever you go. And because it is smaller and more portable, hopefully, it won’t be that expensive.

GoBreath meanwhile was conceptualized by a doctor at Samsung Medical Center and its purpose is to help people who experienced lung damage or postoperative pulmonary complications to get back to their normal health. It is a portable device and a mobile app that will teach basic techniques like inspiration, coughing, or deep breathing. Doctors can also use the app to monitor their patients’ progress and remind them also to practice breathing.

The Relumino app was launched at last year’s Mobile World Congress and this time around, they’ve added smart visual aid eyeglasses to help the visually challenged see more clearly. You will have to connect your glasses to your smartphone and use the latter’s processors and batteries. Your phone will process the images from videos protected to the glasses’ camera and then once processed, the images are floated back to the glasses and should make it clearer for them to watch videos or read. CES is happening this January 10-12 in Las Vegas, if you want to check out the products in person.